We know next to nothing about Elden Ring, but that won’t stop us from listing off some things we’d love to see in From Software’s next outing. Well, you might know something, but we are going to pretend like that recent leak never happened.

To make it crystal clear, we won’t be commenting on the leak or showing any Elden Ring gameplay footage, so if you’re worried about spoilers, you can rest easy. But what do you want to see in Eldern Ring? Let us know in the comments below.

At this point, From Software has shown it can execute spectacularly on different flavors of fantasy, whether it’s the medieval vibes of Demon’s and Dark Souls, the cosmic horror of Bloodborne, or the Sengoku samurai-era of Sekiro. Elden Ring is the studio’s first open-world game, and, naturally, I expect it to be much grander in scope.

The so-called Elden Ring that has been shattered is described as something that “commanded the stars,” and its destruction has burned the sky. It would be fascinating to see the impact this has had on numerous different societies and civilizations. In the game, that would mean being able to travel from one kingdom to the next, effectively letting From Software flex its creative muscles with a variety of different themes and aesthetics.

Using the studio’s existing games, imagine travelling from Lordran to Yarnham, then to Drangleic or Boletaria, and then to Ashina. Sure, it’s ambitious, but if anyone can pull it off, it’s From Software. Couple that with Game of Thrones writer George R.R Martin being involved in the creation of Elden Ring, and you’ve got an excellent opportunity to deliver a vast and diverse world rich in detail, intricate history, and fascinating lore.

All that said, we’ve been having a lot of trouble wrapping my head around an open-world soulslike game. We’re confident it can work–we just don’t know how it will work. The labyrinthine, interconnected passageways have long been a staple of the series. Designing an open-world game is another beast entirely. Will the entire world be open to you from the get-go? If so, how will it be balanced? Will some sections of the map be too harsh for you early on, or will enemies scale with you as you level up? Will some areas be shut off entirely, or will they be gated by environmental hazards akin to Death Mountain in The Legend of Zelda: Breath of the Wild? Either way, the world needs to feel dangerous and alive, no matter where you are in it.

…With Caves And Dungeons To Explore

While we’re very excited to see what From Software does with an open-world, we hope it will still get slices of their brilliant, linear level design. We imagine this will come in the form of caves, dungeons, and castles the player is free to explore. We want to hop on my horse, ride until we see an abandoned castle, and explore a tightly crafted dungeon with valuable loot, tough enemies, and a terrifying boss.

Speaking of caves and dungeons, Hidetaka Miyazaki wears his influences on his sleeve, and he is known to be a big fan of the Zelda franchise. In his own words, that franchise was a “monumental” part of his younger life, and he has acknowledged that Zelda became a textbook for 3D action games. It would be great to see Miyazaki more directly pull from Nintendo’s franchise, specifically Breath of the Wild’s Shrines.

Outside of gimmick bosses, traditional puzzle-solving hasn’t been a big part of From Software’s games, and although it doesn’t need to be the main focus, we would love to see From Software invite the player to think in different ways in one of their games. Perhaps, in Elden Ring, the challenges don’t just have to be powerful enemies but could also include puzzles that can only be surmounted with analysis and logical thinking. The open-world will no doubt be filled with caves, dungeons, and other nooks and crannies to explore, and they’d be perfect for a little bit of puzzle gameplay.

We loved Sekiro. However, we think we speak for most folks when we say that we missed the class system found in Demon Souls, Dark Souls, and Bloodborne. If Elden Ring is From Software’s first open-world game, a class and leveling system would feel right at home. We want to be able to test out different builds, level up unique weapons, and create our perfect hero for whatever terrifying bosses we might face off against. Hopefully, From Software will also introduce some classes unique to the world Miyazaki and Martin have created. We always loved how Bloodborne’s classes were wholly unique to their setting, and hopefully, we get some outlandish builds we can play around with. Or just let us be a giant dad again.

Let’s face it, the stealth in Dark Souls and Bloodborne has always been a bit awkward and a tad broken. They did a better job of balancing it over the years, but stealth never really felt like a viable option. This changed with 2019’s Sekiro: Shadow’s Die Twice. Surprisingly, the addition of stealth mechanics didn’t make it any easier either. You could even stealth attack some bosses, but if you didn’t have a good grasp on the combat itself, the boss would still make short work of you.

For Elden Ring, we hope that stealth becomes a more feasible option. Whether that means giving us a dedicated crouch button or an entire stealth attribute we can invest in is another story. The key here is to balance it. We wouldn’t want it to feel cheesy or significantly easier than other playstyles.

There hasn’t been a Souls game with a great magic system since the original Demon’s Souls. The issue was that it was arguably too good. Not only could you pick off enemies from a distance, but MP restoration items were common. This allowed for a wide variety of magic builds that could easily break the balance in Demon Souls. In every subsequent Souls game, magic was either paired down or reworked entirely, but none have been as fun or interesting as that original Demon’s Souls system. Hopefully, the success of the remake means From Software will take another look at its magic system. Who knows though, maybe From Software is cooking up something else entirely for magic.

One of my favorite things about Dark Souls, Bloodborne, and Sekiro are the memorable NPCs. Like many of you, we cling to every word they say, listening for hints, secrets, and bits of lore. However, NPCs can be scarce. Some can even be missed outright if you aren’t paying attention. So we would be really curious to see what From Software would do with a town populated with NPCs. Demon’s Souls, Dark Souls, and Bloodborne all took place after a catastrophic event that left most of the population either dead or in hiding. Hopefully, Elden Ring will show us a world slightly more alive than before. Also, we’re thinking, you’re thinking it, we’re all thinking, but what role will Patches play in Elden Ring? Sound off in the comments with your theories!

For many, the story and lore of the Soulsborne games are the highlights. While some might consider the plots to be simple, there is an endless amount of backstory to dig into in any one of these games. Sekiro, on the other hand, is a bit of an exception. While there is still a ton of intriguing lore, it put a greater emphasis on its plot. This isn’t a bad thing by any means, but part of why Dark Souls, Bloodborne, and Demon’s Souls is memorable is how obtuse everything was. Not only did you have to work hard to beat the bosses, but you had to work hard to unpack the story. For Elden Ring, I hope From Software manages to find a rewarding balance between an exciting plot and an intricate and deep world.

From Software seems to have a bit of an antagonistic relationship with dragons and, by extension, the players of its games end up having that too. The mythical beasts are a mainstay in most of its games, and, for the most part, players are either jabbing swords into their hides or running frantically away from them as they spew fire in our direction, usually on some sort of bridge. Unless it’s that no-good betrayer Seath the Scaleless, then they’re running frantically away from ice crystals.

We think it’s time to re-write the relationship a bit and let players befriend a dragon. People have been making a big deal about Elden Ring having horse-mounted traversal, but why not go one step further, From Software?

It doesn’t have to be all the time, and it doesn’t have to be directly controlled. Maybe there’s a kingdom of dragons on the outskirts of the world and, if you wanted to travel across the landmass quickly, they’d let you take a dragon. As opposed to directly controlling the beast, it could be kind of like World of Warcraft’s fast travel, where you get to just watch the dragon fly over the entire world, and it just drops you where you want. Then, like World of Warcraft, they could update the game so that you can play Peggle while on the dragon. On second thought, maybe no Peggle, especially if it’s Peggle Blast.

Now Playing: 10 Things From Software Could Improve On For Elden Ring

Spongebob, Raya, Crisis and 13 new movies you can now watch at home Tips for Tales of Arise to land today and start your journey – PlayStation.Blog How to get better tools in Walheim 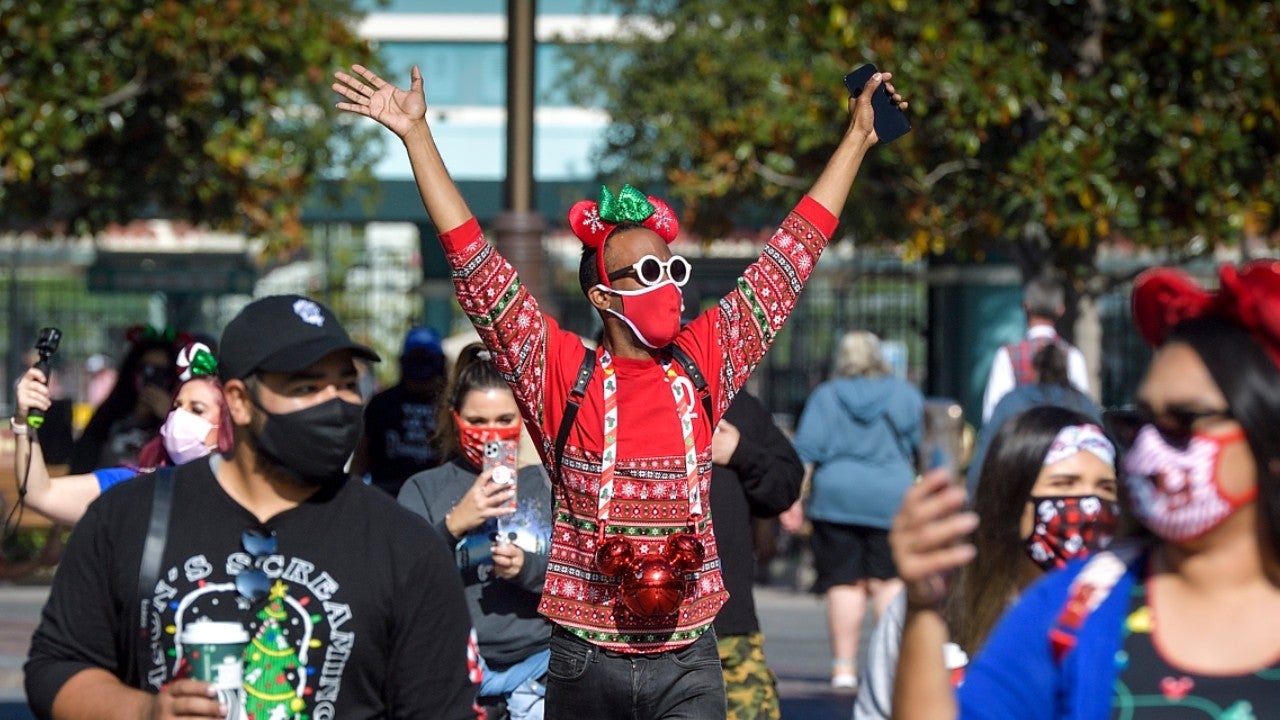 Disneyland is still closed, but California Adventure will be partially reopened for a limited time event