A year ago, the Vikings opened their home schedule against Aaron Rodgers in an empty U.S. Bank Stadium. This year, they’re hoping to have a full house of fans in Week 3 to help them exorcise their demons against Russell Wilson.

The Seahawks quarterback, undefeated against the Vikings in seven career games, will play his first meaningful game in Minnesota since Seattle’s infamous win in a frigid wild-card game at TCF Bank Stadium after the 2015 season. The NFL’s scheduling formula had sent the Vikings to Seattle each of the past three years — with all three games coming in prime time, much to the ire of their fans. The Seahawks will make a 2021 trip to the Twin Cities, and could be back in 2022 and 2023 if they finish in the same spot in the NFC West as the Vikings do in the NFC North the preceding year.

Minnesota plays two prime-time games at U.S. Bank Stadium to bookend a grueling five-game stretch that includes four on the road and three to either coast, including November trips out west to face the Chargers and 49ers. The Vikings have a total of four night games, with three coming in December.

Mike Zimmer will coach a regular-season game for the first time against the team for which he worked seven seasons, before becoming the Vikings’ head coach in 2014. That won’t be the only reunion on the schedule: Justin Jefferson will see former LSU teammates Joe Burrow (assuming the former No. 1 pick is recovered from knee surgery) and Ja’Marr Chase, as the Vikings start the year on the road for the first time since 2016.

It’s another game against a dynamic young QB, as the Vikings make the first of their three trips out West to face Kyler Murray and the Cardinals. This one will be a test for the Vikings’ defensive improvement, and could be personal for several key figures: Patrick Peterson, who played his first 10 seasons in Arizona; and Zimmer, who’s made no secret of his desire to one-up fashionable offenses like the Cardinals’ attack.

If U.S. Bank Stadium is full, the home opener should be a raucous occasion, given how much Seattle — and the fact the Vikings have had to play so many games there — has tormented Minnesota. Wilson’s only two trips to Minneapolis came in 2015 when the Vikings played at TCF Bank Stadium; he’s yet to play at U.S. Bank Stadium.

Another tough matchup comes with a significant backstory: Kevin Stefanski coaches against the team for which he worked 14 seasons, before taking the Browns to the playoffs last season and earning NFL Coach of the Year honors in his first season with Cleveland. The Browns reached the divisional playoffs last year, and figure to give the Vikings another strong early test, especially given how familiar Stefanski is with both Zimmer and offensive coordinator Klint Kubiak (his former protégé in Minnesota).

This will be the Vikings’ only NFC North game in the season’s first 10 games, before a backloaded stretch of division games ends the year. New Lions coach Dan Campbell worked with Zimmer in Dallas; new Detroit QB Jared Goff flailed in his first trip to U.S. Bank Stadium four years ago, before posting a perfect passer rating against the Vikings in 2018.

The Vikings get a look at the new-look Panthers offense with quarterback Sam Darnold, who lost his only matchup against Minnesota while he was with the Jets in 2018. The Vikings avoided Christian McCaffrey in a close game in Minneapolis last year; the Panthers will hope to have their running back on the field this time.

The Vikings lost to Dallas at home in 2020 against Andy Dalton; the Cowboys will hope they have Dak Prescott this time, as NBC executives wish for a game that resembles the highly-entertaining matchup between Prescott and Kirk Cousins on “Sunday Night Football” in November 2019.

Arguably the toughest stretch of the Vikings’ schedule begins here, with the team’s first trip to Baltimore since a wild (and snowy) loss to the Ravens in 2013. Containing Lamar Jackson will be the Vikings’ primary concern this time — they’ll also get a chance to see former Gophers receiver (and Ravens first-round pick) Rashod Bateman, who shares an agent with Adam Thielen.

Justin Jefferson Revenge Game?  It’ll likely be framed that way in some publications, after Chargers quarterback Justin Herbert beat Jefferson out for the 2020 Offensive Rookie of the Year award. This will be the Vikings’ second trip to face the Chargers on the West Coast in three years; they’ll make their first visit to SoFi Stadium in the 17th game the league added to its schedules.

Who’ll be at quarterback for Green Bay — Aaron Rodgers or Jordan Love? We’ll have an answer to the biggest question of the NFL offseason well before then, and the Vikings hope whoever is under center for the Packers won’t have the same surreal advantage Rodgers enjoyed last September: a silent U.S. Bank Stadium.

The Vikings’ last trip to Santa Clara, Calif., was for their most recent playoff game — a divisional playoff loss to San Francisco two years ago. Much has changed with the 49ers since then; they could still have Jimmy Garoppolo at quarterback, though it’s possible they’ll have turned things over to North Dakota State product (and Marshall native) Trey Lance by this point after picking him third overall in the draft.

This is the first of four division games in the last six weeks of the season; Cousins has been excellent in games at Ford Field, and will try to win for the fourth straight year in his home state of Michigan. He threw for 405 yards and three touchdowns, while running for another score, in the 2020 regular-season finale.

The Vikings’ only Thursday night game is at home, which should make Zimmer happy; the coach has loathed Thursday night road games during his time in Minnesota. This will be a tricky matchup, though, against a Steelers team that went 12-4 last season while throwing the ball more than any team in the league.

There are certain games that always seem to find their way onto the Vikings’ schedule — a Monday night trip to Soldier Field is one of them. ESPN grabbed the matchup for the fourth time in six years (the Vikings also played on Sunday night in Chicago in 2018). This could be the Vikings’ first chance to see rookie Justin Fields, for whom they considered trading up in the first round of the draft before the Bears moved up to take him 11th overall.

Longtime Vikings nemesis (and occasional Vikings victim) Matthew Stafford comes to town with his new team, in a game that could be pivotal for the Vikings’ playoff chances. The Rams went 10-6 and reached the divisional playoffs a year ago, before trading Goff for Stafford this spring.

A Sunday night matchup in the cold at Lambeau Field follows three years of more seasonable temperatures in Green Bay — the Vikings traveled there on Nov. 1 last year, and had played there in Week 2 the previous two years. This time, they’ll close their road schedule in what could be frigid weather.

Even with an extra game, this schedule ends the way it often does: with a Bears trip to U.S. Bank Stadium. The Vikings closed their first four seasons at home against Chicago, before playing the Bears in Week 15 in Minneapolis last year. This season, they’re back to the regular-season finale against Chicago, just three weeks after the first matchup between the two teams. 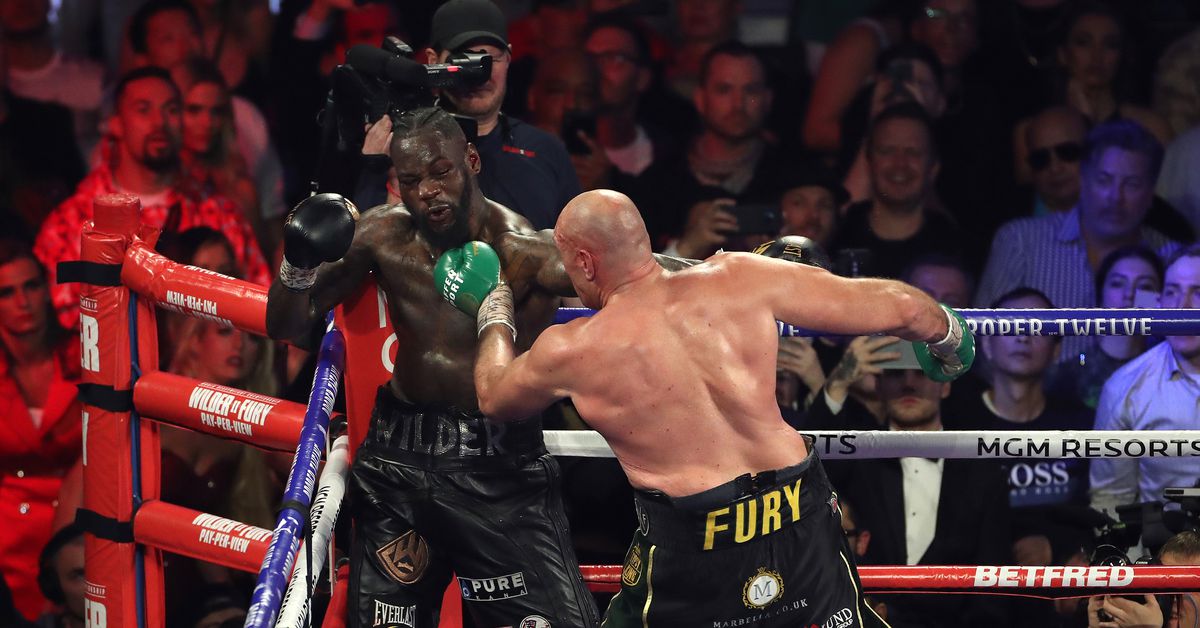 Report: Tyson Fury vs Deontay Wilder 3 may be postponed due to COVID outbreak – MMA Sports 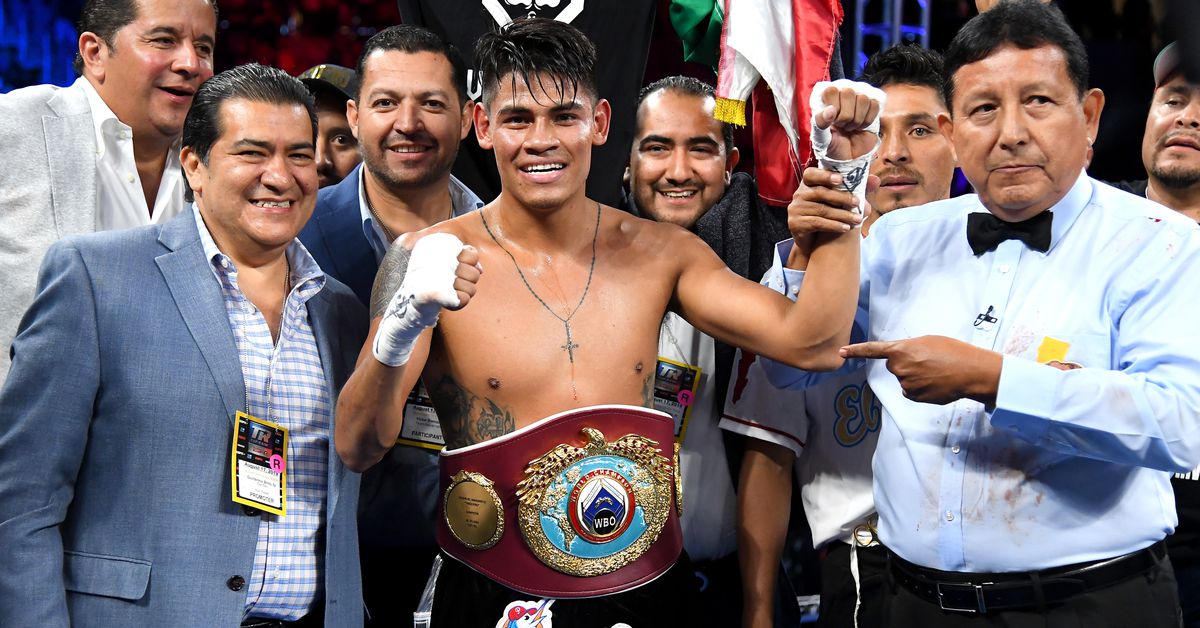 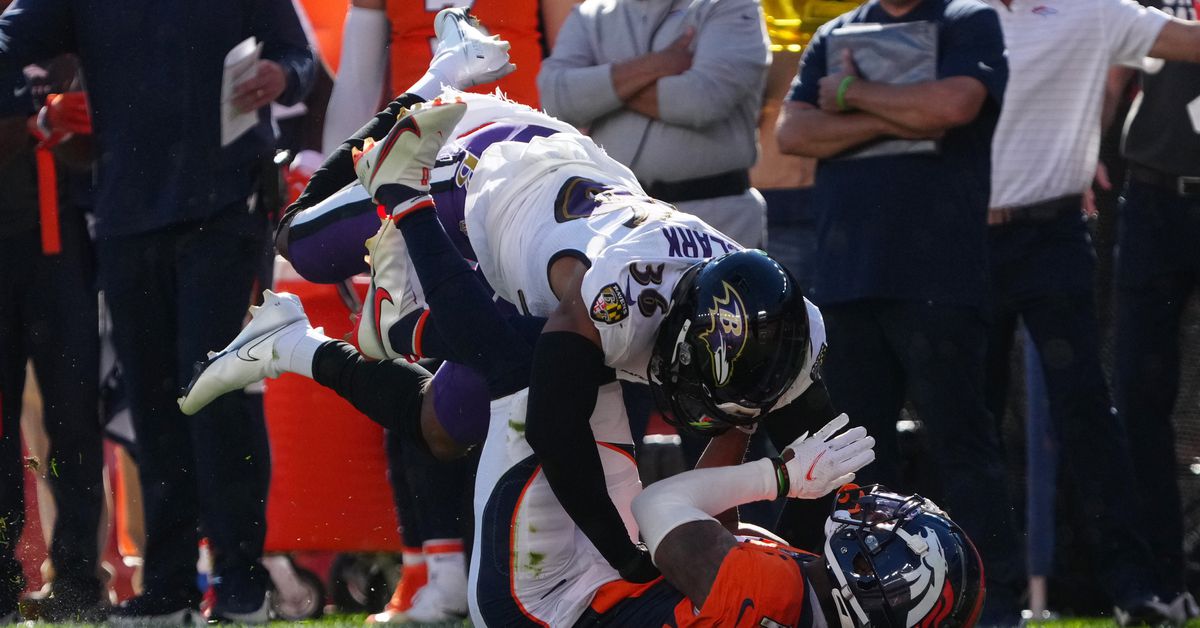 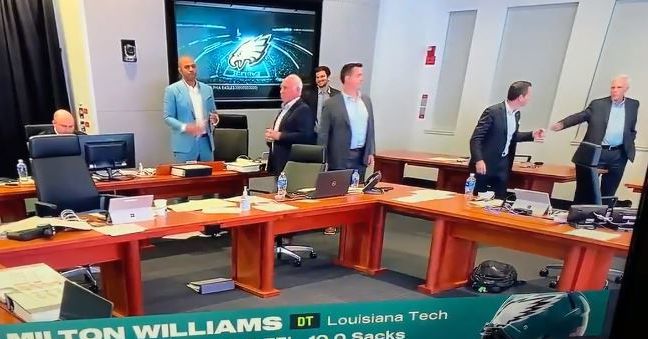 One member of the Eagles draft room didn’t look happy after the Philadelphia third round pick. – NFL Sports