Baldur’s Gate 3 is a bit confusing, but for now it’s okay. Baldur’s Gate 3 is not yet complete. Similar to the previous release of developer Larian Studios, the acclaimed 2017 RPG Divinity: Original Sin 2, Baldur’s Gate 3 has been released for Early Access on Steam. Includes the first act of the game. A chunk of content that includes about 25 hours of adventure for players who are determined to find all the last treasure chests and minor side quests.

As a setup, it introduces a cast of half a dozen characters that show promises and suggest potential to be an interesting travel companion. Already on the verge of civil war and facing the dreaded alien threat, the world itself seems to offer a wealth of options for indulging in these characters. And by building on the templates created by The Seven Deadly Sins series, BG3 already has a well-designed RPG foundation that rewards players who are actively involved in its systematic creativity.

However, such promises are weakened by cautionary notes. Baldur’s Gate 3 is rough and messy and feels like it’s barely hanging. Occasionally it collapses under the weight of script bugs and graphic glitches and gives up altogether with numerous hard crashes to the desktop. Technical issues are not uncommon in any game, not to mention early access. Therefore, encountering them here is neither a surprise nor a criticism.

Many of these issues are trivial (here weird death animations, with a bit of text missing) and can be exempt from early access to the game. The actual price paid for many bugs and glitches is tariffs on the dramatic weight of conversations and the movie scenes in which they occur. Tension conflicts are reduced when the character circulates an apparently unfinished animation, or when the placeholder camera position is out of focus on what is actually happening. When the choreography gets stuck and you can’t tell what’s wrong, important scenes are spoiled. As a result, it’s difficult to actually invest in story development and character dynamics, which are clearly hampered by ongoing presentations.

Technical issues are not uncommon in any game, not to mention early access. Therefore, encountering them here is neither a surprise nor a criticism.

But that’s okay. Baldur’s Gate 3 is not yet complete. Unless you try to guess Larian’s development process again, these technical issues don’t seem to be fundamental. A reasonable expectation is that they will be fixed and there is enough time for it to happen. We’ve already seen improvements in the transition from pre-releases to early access releases, and subsequent patches, and there’s no reason to believe that this trend won’t continue.

However, besides the technical vulnerabilities, there are probably more unmanageable reasons to suggest that it may be premature to embark on a Baldur’s Gate 3 adventure.

I noticed that many tones of writing were turned off. The premise is that your first character escapes the Mindflare experiment, but only after the Gross Psychic Maggot crawls into your character’s eyeballs and sleeps in their brains. Meeting with just a handful of other such victims who now share the perception that you can influence the thoughts of others, you decide to find a way to unite together and get rid of the maggots. I will. These party members are, of course, wary of each other with you at first-you’ve all endured traumatic experiences, and you don’t like anyone who can delve into your heart. I fully understand it. But everyone feels like they were cut from the same cloth. Everyone shares the same slightly exciting personality. It makes sense to treat you with some suspicion, but it’s tiring to travel with companions who all affect the mysterious air. Imply that there is more to their story, and at the same time clamming and even scolding you. Take a closer look.

The writers seem to be gradually building trust. During the conversation, you receive feedback that your fellow party members approve or disapprove what you said and the choices you made. At times, we may even express support or concerns during the exchange. You can also have one of the party members (rather than the protagonist) start a conversation with an NPC, resulting in a variety of lines. At the mechanical level, it feels like choice is important. Especially if you realize that the situation can be different if you leave one party member in the base camp and bring someone else.

Still, the dialogue itself feels to the extent that I’m not convinced that everyone wants to be there. Each party member has cowardice and awkwardness that is inconsistent with their desire to become a party member. It may be premature to judge, and I’m drawing a long arc of character development, but the impression these characters have left to me so far is that I don’t particularly want to hang out with any of them. about it.

It probably doesn’t help that the main characters available in Early Access builds are the common Roll Your Own types. Divinity: The most interesting way to play Original Sin 2 was to choose one of the off-the-shelf characters with a unique background, a unique personality, and an established relationship with the wider world. If you don’t select it first, it will be adopted by the party later. When I first rolled my character, I was able to customize my skills and appearance, which meant I had to forget the extra flavor that comes with choosing a fleshed, pre-written character. .. I felt like you were missing.

It may be premature to judge, but so far, the impression these characters have left to me is that I don’t particularly want to go out with anyone.

Baldur’s Gate 3 works much the same way. You can roll your character by choosing from different races, classes, genders, skills and more. There’s also a suite of pretty impressive sliders and presets that allow you to adjust the physical look. Alternatively, you can choose one of the pre-rolled options to properly role-play an existing character. The exception is that the latter is not yet available in Early Access builds. It appears as an option in the character creation menu, but it is grayed out.

What this means is that you are currently left with a pretty boring protagonist. I played the first act with the three protagonists and switched races, genders and classes, but each time I had a hard time finding different ways to have a fresh experience. The fact that your protagonist is silent during the conversation while everyone else is completely vocal only exacerbates the problem and gives you the feeling of playing as an interchangeable mannequin. I will raise it. This issue should disappear when the option to select one of the pre-made characters becomes available in a future update. But for now, that’s another reason to wait.

There are also reservations at a more mechanical level. Combat is very similar to Divinity: Original Sin 2, and in most cases it is an asset. Turn-based encounters are familiar with the benefits of securing high altitudes and enabling ranged attacks, as well as the deployment of spells and items to take advantage of the dangers of elements such as turning a puddle into a slippery ice trap. We will revolve around using the environment. Creative solutions are more than just encouraged, they are rewarding, and many battles at Baldur’s Gate 3 are most enjoyable when you have more options than swinging a longsword again.

It’s canceled by not telling you about more interesting ways to engage in combat. There are no tutorials at this stage other than basic melee and ranged attacks. If you’ve never played OriginalSin2, you’ll find that much of the complexity goes by. Exacerbating the confusion is an inventory system that does the inadequate task of highlighting useful things, but the quick-select bar at the bottom of the screen is sorted in the most chaotic and useless order possible. It’s also a collection of unreadable icons.

Difficulties of encounters are everywhere as well. I found some very early battles completely impossible, but later battles proved a breeze. This resulted in a very careful quick save and quick load when exploring. I went in the wrong direction, took part in the battle, and soon realized that I had no chance of winning, so I reloaded and searched in the opposite direction. If I feel like I’m bravely trying to confront a more dangerous territory, this is fine, but instead I feel it’s just random and therefore frustrating.

In relation to difficulty, you often feel that the percentage of chances of hitting in combat is very low. From frustratingly low hit chances to frequent sudden skill checks, you spend a lot of time at Baldur’s Gate 3 and fail various actions-fail to stab someone, hit them with spells Locks that fail, intimidate, persuade, or fail to choose. Despite the status of “chosen one”, there is a feeling that he is not really a particularly skilled adventurer.

It’s probably best to wait for these to be included in the final release, or at least the story in the full release.

Currently, there is no adjustable difficulty setting. The pre-game settings describe the difficulty as “normal” and it is not possible to know if this kind of non-uniformity is intentional or will be adjusted in a future balance update. In any case, it’s another example of the virtue of patience. It’s probably best to wait for these to be included in the final release, or at least the story in the full release.

Reviewing Baldur’s Gate 3 at this point is a subtle suggestion. It shows considerable promise, but there are many warning signs that may not fulfill that possibility. But predicting the future is not really an early access review task. Playing Baldur’s Gate 3 today is appealing, with some academic interest in how to build AAA RPGs, and the knowledge that you can follow that progress in the coming months and even years. It is a target. You can directly witness how the rough cut is driven into shape and finally polished. And for some small sections of the audience, that alone is worth the admission fee. But for the rest of us, we are not in a hurry. Baldur’s Gate 3 is not yet complete. You can wait until it becomes. 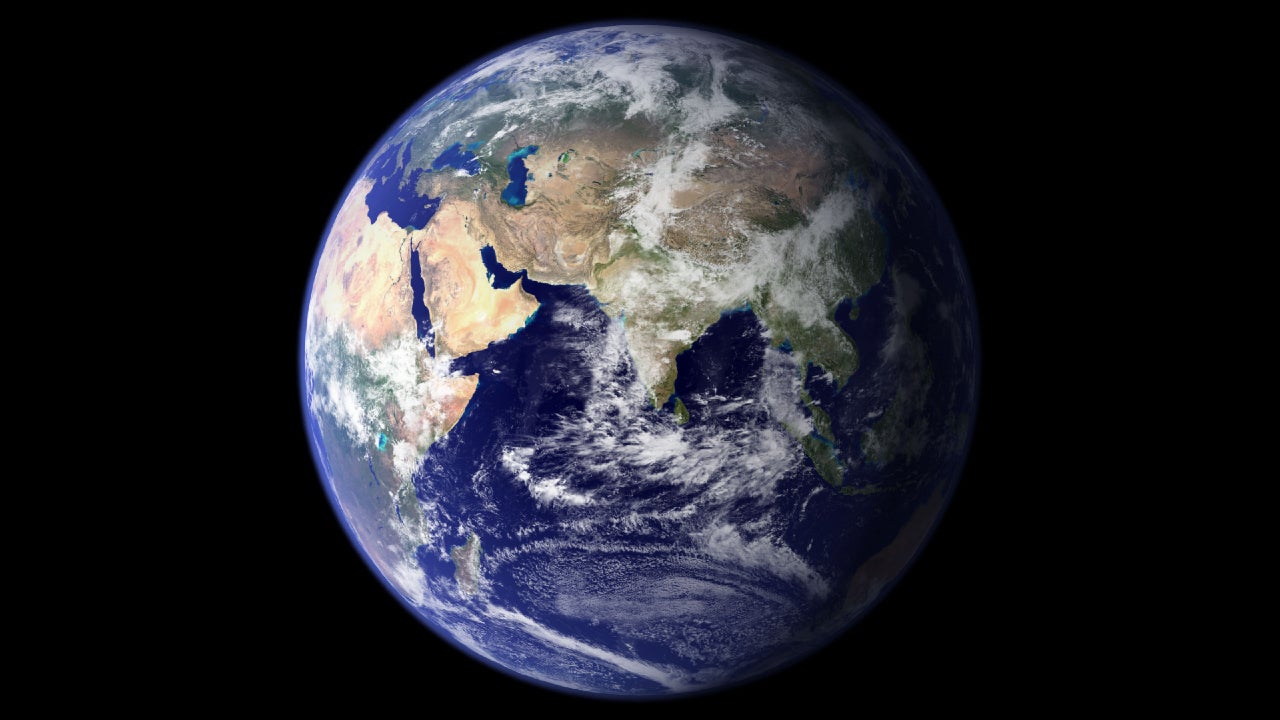 Climate change has changed the axis of the earth, scientists explain in a new study