When you’re heading for the final circle, you need the right equipment for the job. Here are the best Warzone loadouts to propel you to another Call of Duty victory!

There are few more difficult challenges than the intense competition of a twitch-intensive battle royale, and crafting a perfect loadout can make all the difference when it comes to the crunch in Call of Duty Warzone.

What’s more, Raven Software is constantly tweaking the balance of different loadout configurations from season to season, so if you take a break from the battle, your go-to kit might not pack the same punch as you remember.

But that works both ways too. That peashooter you used to hate could one day just as easily melt enemies faster than you can say “Gulag”.

In the latest patch, Raven has tried to level the field as much as possible, flattening the effectiveness of some of the most powerful and broken loadouts in an effort to give some unloved weapons their time in the sun.

We’ll keep this list updated with new loadouts and strategies as they emerge in the Call of Duty Warzone metagame – so you can rinse them for all they’re worth before the nerf-hammer falls.

What are loadouts in Call of Duty Warzone?

An intrinsic part of the Battle Royale genre is starting with nothing, and Call of Duty Warzone is no different.

When you parachute into Verdansk, it will always be with nothing but a knife and a pistol.

However, as the game progresses you can gain a tactical advantage over your opponents by calling in or collecting a multiplayer-style loadout from an airdrop.

This gives you access to not just three powerful perks, but two fully specced-out and customized weapons tailored to your playstyle or the situation at hand.

But remember, this is the best Warzone loadout you’re building, not multiplayer – so there are a few different things you need to consider before you make the final decisions:

Whatever luck the RNG gods have blessed you with will likely pale in comparison to the consistency of a pre-built loadout and will provide you with a stable base to perform your best in a pinch.

There’s so much randomness and variability in a huge multiplayer Battle Royale like Warzone, that a lot of the advantage a quality loadout gives you comes from familiarity. So while there are definitely powerful combinations to be found in the best Warzone loadouts, practice will still make perfect.

Even though Warzone is free-to-play, dedicated operators who have been playing Modern Warfare since launch have an indisputable advantage in the number of options available.

There’s no getting around this fact, but hopefully you’ve made enough progress thus far to mitigate some of the catch-up.

Beyond that, you may notice a running theme throughout the best loadouts: they usually have two primary weapons rather than a main weapon and a secondary.

That is because sniping is very powerful in Warzone, thanks to boosted headshot damage. A single shot to the head from either of the two bolt-action sniper rifles will down any player, regardless of how much armour they have.

Taking into account the opinions of top players, streamers, and the community at large, these are the best Warzone loadouts you can build.

For each loadout we’ll list the equipment necessary, the levels and requirements needed to unlock each part, as well as a description of why it’s the best in any given situation.

We’ll try to give a mix of suggestions for new players just starting out, intermediate players looking to step up to the next level, and top-tier picks that require the highest level gear.

Starting out in Call of Duty Warzone is tough. It can seem like you’re waiting in the lobby for an eternity only to be instantly melted as soon as you so much as squint at another player in the distance.

To maximise a fast time-to-kill and not feel like you’re firing a full clip into enemies only to be killed in two shots yourself, you need to make sure your shots are actually hitting the target.

This means a decent assault rifle with manageable recoil is a great pick for beginners.

A good, solid choice is the Kilo assault rifle, which teams low and predictable recoil with decent damage at most ranges.

Or to take advantage of the latest balance changes, take a look at the XM4, which has had a buff to its neck damage to increase the effective likelihood of headshots.

Since brand-new players have access to both of these guns right from the off, they’re both good choices to start levelling up quickly so you can buff them with attachments. Next, team your AR with a supplementary close-range weapon, an SMG or another faster-firing AR is best, but you can always try your hand with a shotgun for extreme close range.

Strong early choices are the Black Ops Cold War MP5, or the LC10 or Mac-10 if you have them unlocked.

In fact, the XM4 can also be specced out as a closer-range secondary, and does a very good job when it is. If you want a double-AR build to level up two versatile guns at once, then you can’t go far wrong with the two we’ve mentioned.

For your perks, as we mentioned before, Overkill is a must-have which grants you access to two decked-out weapons that will carry you into the end-game.

As well as that, survivability is absolutely key in Warzone, where one wrong move can send you back to the queue. This makes E.O.D, which reduces the damage of enemy explosives, the generally accepted go-to blue pick.

Otherwise, you’re never more than a lucky RPG – slung out of nowhere like a lightning bolt from Zeus – away from a short trip to the Gulag.

Then Amped rounds out pretty much any loadout perfectly, allowing you to spend less time messing around with your different pieces of equipment and more time ready to shoot.

Getting caught indisposed and unaware is probably the most common thing that gets new players killed, as you’ve not developed that sixth sense for sources of danger.

Then for your lethal, consider the powerful C4 explosive if you have it unlocked. The large explosion of which is useful both offensively for digging out campers and defensively when stuck to the walls of choke points. But most explosives are fine.

As for the tactical slot, this is again more personal preference based on your playstyle and game type, with stun grenades helping to set up breach-and-clears with your party or a heartbeat monitor giving you vital information when playing solo.

With the recent nerf to the AMAX assault rifle, there’s a huge hole to fill at the top of the long-range meta. Combining a fast time-to-kill with high bullet velocity and massively favourable damage drop-off profile, the new MG82 could be the next weapon everyone’s talking about.

As Streamer P4wnyhof explains in their video embedded below, the MG82 has a quick time-to-kill at pretty much any range – provided you can hit just a couple of headshots.

It’s a straight-vertical recoil laser which a lot of players think will be nerfed pretty soon. If you’ve got the battle pass, grind it out and start winning.

The Kar98k is the classic Call of Duty fast aiming, one-shot-one-kill sniper rifle, and if you can master the reflex-intensive skill of lining up your shots under pressure, you will be incredibly difficult to play against.

Your biggest question when deciding the best Kar98k loadout is less about obsessing over attachments and more about which support weapon you team it up with. You could try the new MG82 specced out with attachments to decrease its sluggish ADS time. Plus, who doesn’t want to use a new weapon when you’ve got access to it?

However, a popular and accessible partner for the Kar98k is the Cold War AK-47 with attachments to increase movement speed and reduce ADS time. This combination makes for a quick and deadly loadout with a high skill gap befitting one of the best snipers in Warzone, but big rewards.

You can also make similar loadouts by replacing the AK with the competitive SMGs, the Cold War MP5, Mac-10, or AK-74u.

Or, as we mentioned in the beginner section, after its buff the XM4 is making its way into a lot of pro loadouts as a secondary.

Nippy and fast-firing, the Mac-10 SMG might not have the surprising range of its pre-nerf iteration, but there’s still a lot to enjoy about its maneuverability and manageable recoil.

The generally accepted best loadout for the Mac-10 increases its viability in intense situations by attaching a drum magazine for a big boost to ammo count.

This lets you down and finish off enemies without reloading, as well as engage multiple foes at one time should the need arise in a tight space. Then, when you’re rounding out the rest of the build, you can alleviate the increased ADS time with other attachments while further buffing your movement speed and range. Shotguns can be tough to use in Warzone. Not just because their desperate lack of range can leave you stranded at anything other than whispering distance, but because their readiness time after sprinting and ADS in general can make them unwieldy.

But if you really want to use one, make sure to turn off your Tactical Auto Sprint when playing with a controller to mitigate that second issue to some degree. But with that said, if you’re in a trolling mood – despite a further nerf to its range – the Street Sweeper is still one of the best shotguns in Warzone and the silliest weapon you can use to pop out of nowhere, melt people within your tiny range, then disappear again.

Use at your own peril, with a smile on your face, and not when you’re sweating out your gamebattles audition.

Not too long ago, the AMAX undisputedly ruled the roost. However, the whole field of assault rifles has recently been reworked to be more viable and balanced, so it’s not the insta-pick it used to be.

However, despite a significant nerf to its headshot damage multiplier, the adaptable AMAX assault rifle is still the first choice of a lot of top players simply – which shows you just how strong it was in the first place.

With that said, like most things in Call of Duty, there’s a high skill cap when it comes to mastering the AMAX’s recoil pattern, which as YouTuber BennyCentral explains in his video below, can be mitigated with your choice of foregrip as the underbarrel attachment.

A radar-busting Monolithic suppressor is always a sensible choice to starve your opponents of location information, while the XRK Zodiac barrel and VLK 3.0x zoom sight round out the medium-to-longer range capabilities of this versatile AR.

For those spray-and-pray situations, BennyCentral teams his AMAX with an SMG: specifically the Cold War MP5 (with the blingy Roman Opulence blueprint).

Here the attachments prioritise time-to-kill and movement speed, opting for the Agency Suppressor over the more typical Sound Suppressor because the base weapon doesn’t need the boost to ADS speed.

Next up are the Tiger Team Spotlight Laser and Raider Stock to really drive home the mobility advantage in tight spaces.

For more on Warzone, here’s how to crash satellites in the Ground Fall event.

Psychonauts 2 will be released "without crunch" in August • .net 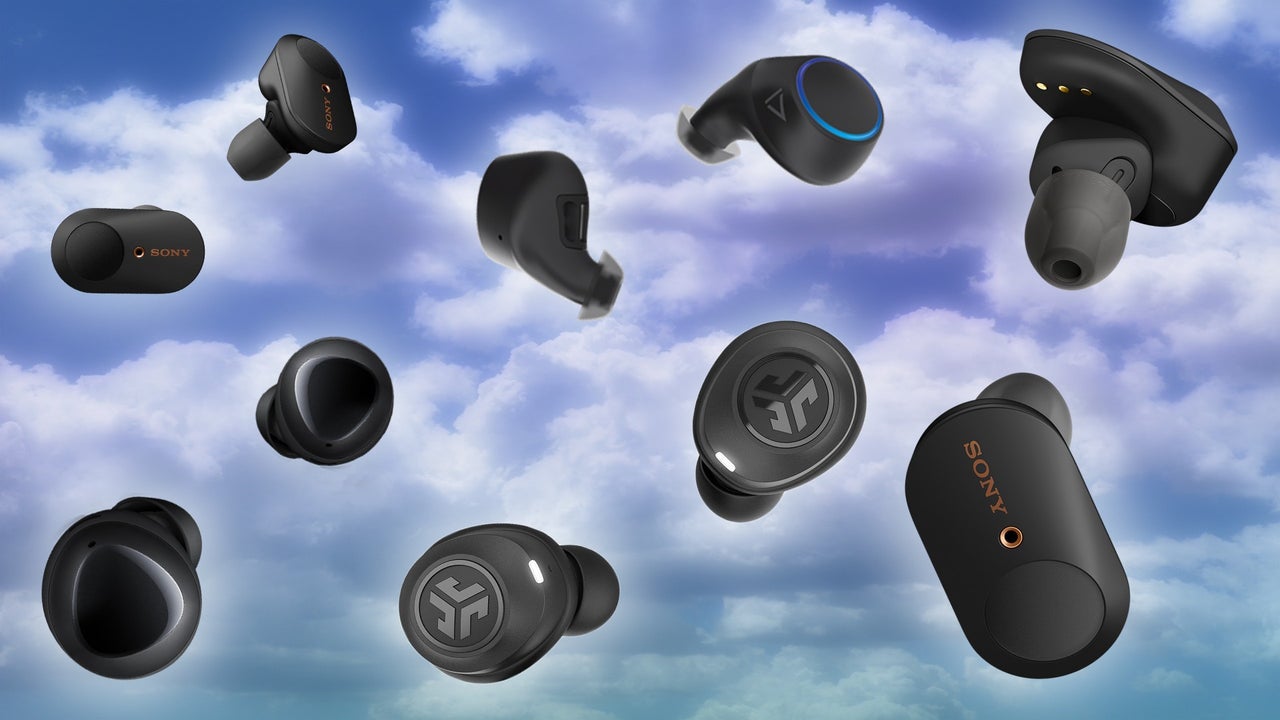 Fortnite players can use Houseparty to livestream gameplay Aragami 2 Review – From the Shadow