Cardpocalypse is a love letter to lunchtime spent playing cards while growing up. Whether it’s Pokemon or Magic, this is a game that brings you back to the good old days.

The year is 1993 and you are a child of a new school. Your name is Jess. You love the TV show Mega Mutant Power Pets. All of Cardpocalypse is centered around this show. Even the opening of the game has a Saturday Morning Cartoon-style intro theme that clearly conveys that “school went crazy.”

Let’s take a look at the game here. On your first day at the new school, you will connect with other kids over mutual love for the show, new friends will give you some cards, and you will learn the basics of the game. Unfortunately, after that, everyone in the school was banned from the game and everyone hates you right away. Hooray.

In the next 5 days, meet other kids, build loyalty, exchange cards, fight Frenemy and get better cards and improve your game as we did when we were kids Start to do.

Mechanically, the game plays like a simplified version of Magic The Gathering’s Commander format. Magic has five colors, Cardopcalype has four (one for each of the four animal factions in the game), and the commander’s choice determines the color identity of the next deck to build. For example, you can’t put a purple card in a green deck.

From there, there are expected similarities. Deathtouch is deadly, Goad is Defender and so on. Basically, if you play Magic, you already know most of the game mechanics here.

The way the game diverges is how you win each match. Each champion starts with 30 lives and has abilities. The purpose is to reduce the life of the enemy champion to zero. But as soon as they reach the midpoint, they become mega. This powers them up, giving them both triggered abilities and more powerful passives.

Learning the ropes and discovering what each champion can do also offers incredible gameplay depth. Ultimately, you’ll use crayons and stickers to change cards yourself to maximize your childish abilities and change the homage to young people often spent in game design classes for dummies.

Towards the end of the game, you can change the rules, everyone can start with more resources, or you can create all the cards at the cost of a particular mechanic. Changing the rules is very important to defeat the big evil on the weekends. This is a supernatural enemy that enlivens the game around you.

The game also has an aspect of everyday school life. Perform missions for fellow children (trouble X or defeat Y in the game) to unlock new card rewards. These missions are sometimes repeated a bit and require a lot of effort on your part, but they are worth it because of their sweet and sweet cardboard. Even if they feel a little, they are saved by quality writing, references and jokes.

Overall, Cardpocalypse has good assumptions backed by some great gameplay. It really feels like the developers were trying to capture the spirit of the youth when we all got into the cracks in the cardboard behind the bike shed, and they did a good job. You will surely smile when each champion plays the theme song when you pick up the card, and when the children who have completed the mission sing cheerfully.

I also like the way the main character’s disability (wheelchair tied) is a central part of the game. Jess can’t use the stairs and needs to shrug comments from other children. Comments range from simply curious (asking if you can sit in a chair) to mean (called a cyborg). The game is as diverse as it is good, and remember, the game is great.

Cardpocalypse is not all sun and rainbow, there are some issues that hinder the game and it is very frustrating for some of the game. In some matches, there was a bug where the end-of-turn effect didn’t end, making the opponent much stronger than it should be. In a magic speech, imagine if Sleeten was actually on the bolus clutch, but it only took a U. Yeah, it’s pretty broken.

Elsewhere, including the boss battle, there was a bug in the game and I had to revisit the entire pre-combat conversation before I had to fight the boss again. When it comes to bugs, this is pretty terrible.

There are also missing gameplay elements that may improve the gameplay of card games, and it has a graveyard of used / killed cards. If your opponent casts something, you’ll only see it for a second with one of your creatures before it disappears forever, so wonder if this is another bug or if the card works that way. I think. Having a graveyard is a small change that really improves your quality of life through the game.

Last but not least, there is a recently released DLC. This is a “time out” endgame pack that sees Jess trapped in a time loop. I loaded this before defeating the main game, so it should have a spoiler warning, but unfortunately. Still, Out of Time is great end-game content that removes cards and provides a unique “neutral champion” that allows you to use cards of all colors in your deck. It’s like a magical WUBRG commander. Your champion is a weakness and shouldn’t be present by all rights, but it has a unique upgrade tree that allows you to incorporate it into a card that suits your playing style. It’s a cool idea that’s running pretty well. The only problem is that the time loop can be very repetitive and tedious. So this DLC isn’t for everyone.

That night, the river of blood is soaked in the long night of the vignette that I care about. When and where will LoL Worlds 2021 be held? 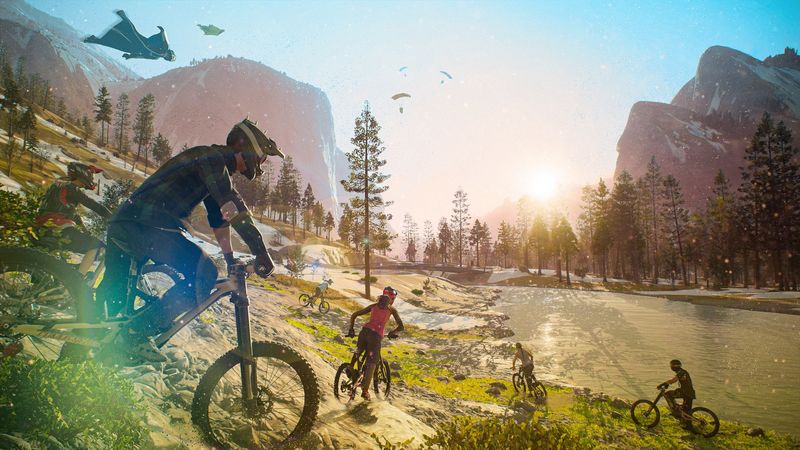