In this Demon’s Souls Remake Build Guide, I’m going to be covering my Blue Sentinel Build, which is a Build that focuses on very high damage, from the earliest parts of the game, with even higher damage while being summoned as a Blue Phantom. If you’re a huge fan of co op, and you want to be useful right out of the gate, then this is an excellent Build for you.

The Blue Sentinel Build uses the Demonbrandt weapon, as you might have guessed, to deal incredible damage very very early in the game. Your total attack rating between Physical and Magical is a whopping 480 at Pure White Character Tendency, and you can get this weapon after killing only one Boss (Phalanx). With this setup you’ll be using this weapon at maximum potential at Soul Level 10!

But wait there’s more! Not only do you do 20% more damage in Soul Form with White Character Tendency, you also deal 20% increased damage as a Blue Phantom. And on top of that you will gain a further 20% increased damage by using the Ally’s Ring, whenever you are summoned by another player as a Blue Phantom. This should give you a 40% increase to damage while being summoned: 480 * 1.4 = 672.

What’s particularly amazing about this Build is that from level 11 on wards you will not need to place any points into Strength, Dexterity, Magic or Faith, since Demonbrandt has no Stat scaling. This means you can pump Endurance and Vitality sky high very early on in the game. High damage plus tons of HP, Stamina and Armor equals win!

The starting Class I chose for this Build was Temple Knight, because it is a rather low Soul Level at 4, and it only requires 6 Levels in order to meet the requirements for the Demonbrandt. You can choose other Classes if you wish, since it’s not particularly important which Class you choose here, but if your going for total efficiency, Temple Knight is the way to go. There is a case to be made for the Knight Class, however, since it does come with a better Shield.

In this section I’m going to show you how to obtain the Demonbrandt as quickly as possible, while also showing you how to gain Pure White Character Tendency very very quickly. This is needed to gain the most damage from Demonbrandt, and also the Ally’s Ring from the Monumental.

At the beginning of the game in the Boletarian Palace the first thing you’ll need to do is kill Ostrava in order to get the Mausoleum Key. You won’t need it immediately, but once you’ve defeated Phalanx then you’ll need to head back to the Red Eye Knight in this area, and unlock the door next to him using this Key.

Open the door in the Boletarian Palace and face Old King Doran in combat in order to acquire the Demonbrandt. You only need to take off about 20% of his HP in order to gain this weapon, at which point he will cease to be hostile towards you. This can take awhile because he has extremely high Armor and HP, so take your time and don’t be greedy, and don’t continue to attack him after he starts speaking to mid combat, or he will re-aggro and likely kill you!

Once Phalanx is defeated, before you open the door in the Boletarian Palace near the Red Eye Knight, you’ll need to speak with the Monumental in the Nexus in order to level up and gain the Blue Eye Stone from the Maiden in Black. Make sure that you answer YES to the Monumental’s question or you will not be able to gain the Ally’s Ring later on! If you messed this up, start over, and quickly beat the Phalanx again, since there’s no fixing this mistake.

Either before or after acquiring Demonbrandt from Old King Doran, you’ll need to increase your Character Tendency to Pure White. The easiest way to do this now is by grabbing a friend or someone from the community (like in Discord), setting a password and having them invade you over and over again. Kill them about 4 or 5 times, since killing Black Phantoms is the fastest way to gain White Character Tendency, and you should be set.

This should take like 5 minutes tops, assuming you know anyone with a PS5. Note this is easiest to do right after you’ve finished Phalanx since you’ll be in Body Form, and you might die a time or two when fighting Old King Doran for the Demonbrandt. There are limited Stone of Ephemeral Eyes this early in the game, however, if you died, there is a Stone of Ephemeral Eyes in the Nexus you can grab to regain Body Form thankfully.

Once you’ve done this then your Demonbrandt will be at maximum damage and you can speak to the Monumental in the Nexus to gain the Ally’s Ring. If he doesn’t give you the ring then you are not at Pure White Character Tendency or you answered “NO” to his question.

The Stats you need for this Build are split into two categories, those needed to use Demonbrandt and those needed once you’ve met the requirements. Let’s take a look at what you need in order to use the weapon effectively first.

You need 18 Strength, 14 Dexterity and 12 Faith in order to wield the Demonbrandt so that’s what you’ll be aiming for first. If you took the Temple Knight Class then all you need to do is add 4 points to Strength, and 2 to Dexterity and you’re all set to use it. This might vary a bit if you chose another Starting Class.

Once that’s done, all you really need is Endurance and Vitality, because the Demonbrandt cannot be buffed by Spells for Miracles, and it doesn’t have any scaling whatsoever. You’ll want to take Endurance to 40 and Vitality to 30, splitting your points between them as you level up. You’re final stat spread should look something like this for your first game cycle:

You’ll want to increase Vitality further in future NG+ game cycles if you continue this weapon, but since there is no way to increase its damage further (unless you use something like the Clever Rat’s Ring), this Build will weaken with each successive game cycle. For this reason I highly recommend it for NG and NG+, but not beyond that. The idea is that you stay a reasonable level and help new players or your friends co op through the game.

In this section we’ll take a look at what equipment you’ll need in order to play the Blue Sentinel Build effectively. Keep in mind that you will likely change this up some depending on what section of the game you are on, but this should serve to give you some idea of what setups you’re looking for. First let’s take a look at early game.

At the beginning of the game you’ll want to pick up and equip the Cling Ring as soon as you can to further increase your Health in Soul Form. You’ll likely be in Soul Form a good amount of the time, especially since you’ll gain extra damage when doing so, and this ring can really help keep you alive.

Once you’ve defeated Phalanx then you’ll be in Body Form and it’s a good time to farm some Black Phantoms using a password. This will get you to Pure White World Tendency, as I mentioned, and will allow you to obtain the Ally’s Ring from the Monumental.

A good pick up early on is the Crescent Falchion in the Shrine of Storms, because you may need it to defeat Old King Doran. It takes almost no time to acquire, and gives you a strong melee attack that deals Magic Damage. You should look to get this sometime after you defeat Phalanx, and before you face Doran.

Next on the list is of course Demonbrandt, which you can find in the Boletarian Palace locked behind the Red Eye Knight. I’ve already explained how to get this item already, so I won’t repeat it here, but instead I’ll simply note it here so you can see the order you obtain everything in.

You’ll really have just about everything you need in the first couple hours of the game, but later on you’ll likely want to get the Dark Silver Shield from Garl Vinland. It has 100% Magic Reduction on top of the 100% Physical Reduction, and is just an all around good Shield to have when facing Magic Damage enemies or invaders.

Also the Armor you want to use is really up to you. You can stay with the Mirdan Set if you chose Temple Knight, or you can select something else like the Gloom Set once you get it. The main thing is that you always want to stay at or below 50% Equip Load in order to roll normally. Also note that it’s better to have some light Armor pieces than have 3 heavy and 1 slot empty. You can find information about the different Armor Sets on the Wiki if you want to plan ahead.

One really great thing about this Build is that you cannot buff Demonbrandt, so if you’re not a fan of having to micromanage buffs then you should enjoy this Build more than some others. What you see is what you get in terms of damage with the weapon, just be sure not to accrue Black Character Tendency or you will lose damage.

This Build is designed to get the most bang for your buck when summoned as a Blue Phantom, so if you like co op then this Build is exactly what you are looking for. Note that most players look for Phantoms in front of Boss fogs, so you’ll likely want to place your Blue Eye Stone down in these locations. This means you’ll have to progress the game in order to get summoned for the Bosses you want to help with. However, you should progress slowly at your own pace, helping out with each Boss as you go.

While not specifically designed for PvP, you will hit extremely hard as a Blue Phantom, often allowing you to one or two shot invaders at low levels. This allows you to protect your host much more easily than some PvE Builds, and can be a godsend in many cases. If you like to PvP with this Build, I suggest dropping your Blue Eye Stone at the beginning of levels. This will allow you to help with the entire area, and the host is far more likely to be invaded during that time.

Lastly, note that you can only be summoned in Soul Form. This means if you successfully help a host defeat a Boss you will have to go die before you can be summoned again. If you don’t want to affect your World Tendency then the best place to die is in the Nexus. Head to the top and jump off, just don’t forget to pick up your Souls afterwards!

Stay tuned for more Demon’s Souls Build Guides, as we explore just what kind of Builds you can make. And be sure to check out the Demon’s Souls Wiki if you have specific questions about the game! As always, you can read our Demon’s Souls Review and Getting Started Guide to get going with the game.

Create your own Nintendo Switch bundle on Black Friday and choose from Breath of the Wild, Super Mario Odyssey, Skyrim and more. 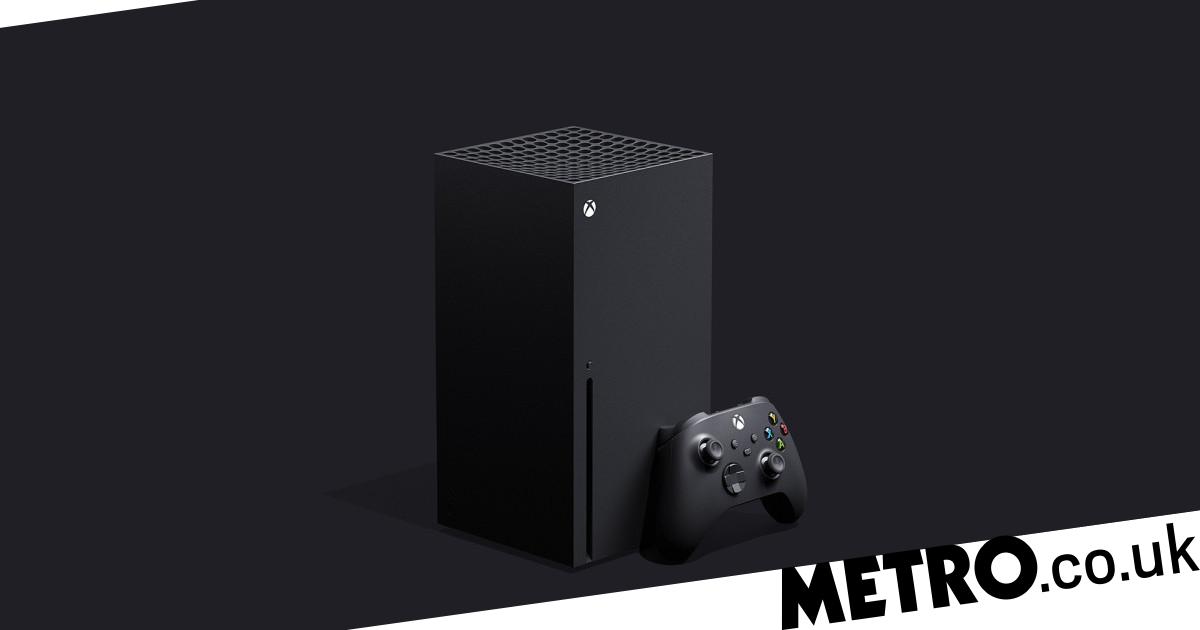 eFootball PS5 features and sharp kicks are not available at launch