At most, each World Series offers seven opportunities to leave a memorable mark in baseball. Great games are filled with special moments, sensational plays, big hits or stellar pitching outings. Here’s our ranking of the 25 best games in World Series history.

This series marked the fifth time a team — in this case the Royals — came back from a 3-1 deficit to win the whole thing. However, it was not without controversy. After St. Louis’ Danny Cox and Kansas City’s Charlie Leibrandt dueled on the mound, the Cardinals led 1-0 in the bottom of the ninth. That’s when first base umpire Don Denkinger’s blown call of Jorge Orta’s chopper helped the Royals rally for two runs to win, 2-1. St. Louis never recovered and was rocked, 11-0, in Game 7.

The Giants made quick work of the Indians, sweeping the series in four for their first World Series title since 1933. However, it’s most remembered for Willie Mays’ legendary, running over-the-shoulder catch of Vic Wertz ‘s deep drive to center field  with the game tied and two men on in the eighth inning. Dusty Rhodes won it for New York in the 10th with a pinch-hit, three-run homer.

New York’s four-game World Series sweep of the Cubs included one of the most legendary moments in baseball history. While we might not know the real reason Babe Ruth seemed to point to the center field seats in the fifth inning of Game 3 at Wrigley Field, the great slugger was said to have “called his shot” before driving a home run into that exact part of the park.

The legend of “Mr. October” was truly born when Reggie Jackson became the first player since Babe Ruth in 1926 and ’28 to homer three times in one World Series game. The last, a towering shot to center field off knuckleballer Charlie Hough, shook Yankee Stadium and helped the home team win its first of back-to-back World Series over the Dodgers.

One of the more competitive World Series over the years, the 1962 Fall Classic concluded in dramatic fashion with one of the most fundamentally sound Game 7s ever played. New York second baseman Bobby Richardson snared a Willie McCovey liner with runners on second and third and two outs in the bottom of the ninth to preserve the win and give the Yankees their second consecutive world championship.

The finale of the ’24 World Series was about the grit of Senators pitcher Walter Johnson and some misfortune for the Giants. Bucky Harris’ seemingly routine eighth-inning grounder to third apparently hit a rock on the field and then hopped over Giants third baseman Freddie Lindstrom, causing two runs to score and tying the game, 3-3. Johnson, who threw 20 innings in his two starts during the Series, came on to pitch four innings of scoreless relief on one day of rest. Washington won in the 12th on Earl McNeely’s grounder that again took a bad hop on Lindstrom, causing the winning run to score.

Sandy Koufax was brilliant throughout the 1965 World Series for the Dodgers, but his effort in Game 7 was the crowning jewel of the Dodgers’ run to a world championship. After losing his start on Game 2, Koufax tossed a four-hitter while striking out 10 during the 7-0 win in Game 5. Then with the Series on the line, the left-hander was even better in Game 7, yielding three hits and fanning 10 more in Los Angeles’ 2-0 win at Minnesota.

This decisive contest between the Reds and Red Sox always gets overshadowed by the dramatics of Game 6. However, it should go down as one of the most underrated World Series finales. Boston led 3-0 heading into the sixth, when Cincinnati started chipping away. The visitors eventually went ahead on Joe Morgan’s bloop single in the ninth that ultimately gave the Reds the title with a 4-3 victory.

This was the game that solidified San Francisco’s Madison Bumgarner as not only the best pitcher in the game at the time but also a World Series legend. After allowing one earned run and seven hits over 16 innings in Games 1 and 5 (the latter being a complete game), Bumgarner threw a stellar five scoreless innings of relief in the Game 7 win for San Francisco.

While this game was certainly entertaining if watching at a bar, it likely made the baseball purists cringe. The game was sloppy, and the pitching downright awful. The Phillies led 4-3 after one inning and 14-9 after seven. Then the visiting Blue Jays broke out for six runs in the eighth inning, highlighted by Devon White’s two-run triple, and they eventually won 15-14.

There are countless reasons why the late Kirby Puckett is beloved by Twins fans, but the cherry on top of that love cake came in the 11th inning of Game 6 against the Braves. Leading off the inning, Puckett drilled a Charlie Leibrandt 2-1 pitch into the left-center field stands to send the Metrodome into a frenzy and the Twins to a Game 7 with this 4-3 victory, with the great Jack Buck telling us, “We’ll see you … tomorrow night.”

In perhaps the most emotional World Series of all time, New York’s Tino Martinez belted a two-run homer off Byung-Hyun Kim to tie the game at 3-3 in the bottom of the ninth. Then shortly after midnight on Nov. 1, Derek Jeter was anointed “Mr. November” when he smacked a 3-2 Kim pitch into the right field bleachers to give the Yankees the  dramatic 4-3 win in 10.

If the magic of Game 4 wasn’t enough, the Yankees were up for doing it again — and perhaps even more dramatically. With Byung-Hyun Kim again looking to protect a lead in the ninth, Scott Brosius was the hero this time with a tying two-run homer. New York then won it, 3-2, in the 12th on Alfonso Soriano’s RBI single.

A great Series in general, the Rangers won Games 4 and 5 home to take a 3-2 lead and led 7-4 in a back-and-forth Game 6. St. Louis, though, rallied as David Freese’s two-run triple tied it at 7 in the ninth. After Texas scored two in the top of the 10th, the Cardinals again answered with two in the bottom of the frame. They ultimately won the game on Freese’s solo homer in the 11th.

In one of the wildest games the Fall Classic has ever seen, each team had three innings scoring at least three runs, and Los Angeles ace Clayton Kershaw was rocked for six runs in 4 2/3 innings. The Dodgers clubbed five home runs but still could not keep the Astros from pulling out a wild 13-12 victory in 10 to take a 3-2 lead in the Series.

New York’s Rogers Clemens and Arizona’s Curt Schilling battled, and the Yankees went ahead 2-1 on Alfonso Soriano’s homer in the eighth inning. However, legendary closer Mariano Rivera failed to hold that advantage, as the Diamondbacks scored twice in the ninth, capped by legendary Luis Gonzalez’s series-winning RBI single.

It’s fitting that perhaps the most “Hollywood” moment in World Series history happened not too far from the actual Hollywood. Dealing with leg problems, Los Angeles star Kirk Gibson came off the bench and promptly deposited a two-run homer in the bottom of the ninth off elite Oakland closer Dennis Eckersley to give the Dodgers a seemingly improbable 5-4 win. The image of Gibson barely able to circle the bases while still pumping his fist is one of the great individual moments in World Series history.

The Pirates managed just 17 runs through the first six games against New York, which scored 55 times in the Series. However, Pittsburgh scored four times over the first two innings in this contest, five in the eighth, and won 10-9 on Bill Mazeroski’s solo homer in the ninth — after the Yankees tied it with two in the top of the inning. It was the first home run to end a deciding Game 7 in World Series history.

There are World Series rallies, then there was the 10th inning of Game 6. Boston was one strike away from winning its first World Series since 1918. But the Mets had other ideas, scoring three times in the bottom of the frame and capping the improbable 6-5 victory when Mookie Wilson’s roller went through the legs of Bill Buckner to allow Ray Knight to score the winning run and turn Shea Stadium upside down.

Though this Series went the full seven games, there were not many tight finishes. Yet it featured what’s one of the greatest moments in all of sports. Yankees right-hander Don Larsen, who allowed four unearned runs in 1 2/3 innings of a Game 2 loss, tossed his legendary perfect game during a 2-0 victory in Game 5. Larsen struck out seven in what’s considered the greatest pitching performance in postseason history.

In terms of entertainment and emotion , there might not be a better Game 7 in World Series history. Dexter Fowler’s lead-off homer for the Cubs and David Ross‘ home run in his final game helped them take a 6-3 lead into the eighth. However, Aroldis Chapman allowed a two-run, tying homer to Rajai Davis. The game went to 10, when the skies opened up, but a 17-minute rain delay helped Chicago regroup, score twice in the extra frame then hold on for an 8-7 victory that snapped the Cub’s 108-year World Series drought.

Not an easy choice for No. 1, but Game 6 of the ’75 World Series is still talked about in baseball circles. Boston’s Bernie Carbo rattled the foundation at Fenway Park with his three-run, game-tying home run in the eighth. The game went to 12, when Cartlon Fisk delivered one of the most memorable sports moments ever with his solo homer, complete with his arm-waving antics, off the left field foul pole atop the Green Monster to give Boston the 7-6 win and force a Game 7.

Jeff Mezydlo has written about sports and entertainment online and for print for more than 25 years. He grew up in the far south suburbs of Chicago, 20 minutes from the Mascot Hall of Fame in Whiting, Ind. He’s also the proud father of 11-year-old Matthew, aka “Bobby Bruin,” mascot of St. Robert Bellarmine School in Chicago. You can follow Jeff at @jeffm401. 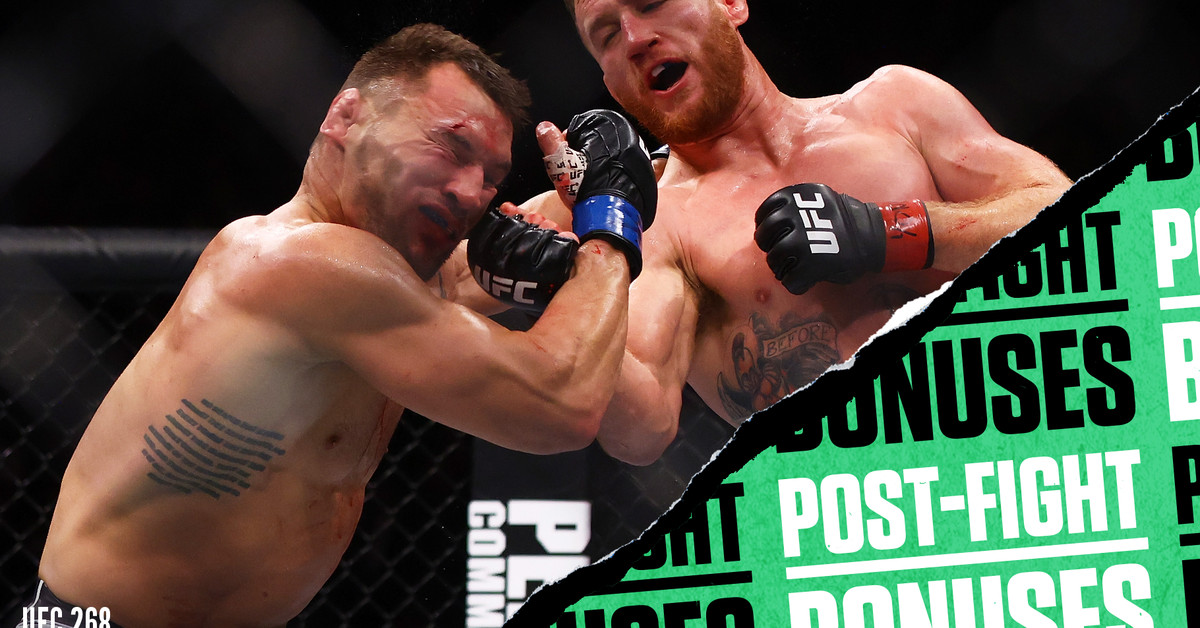 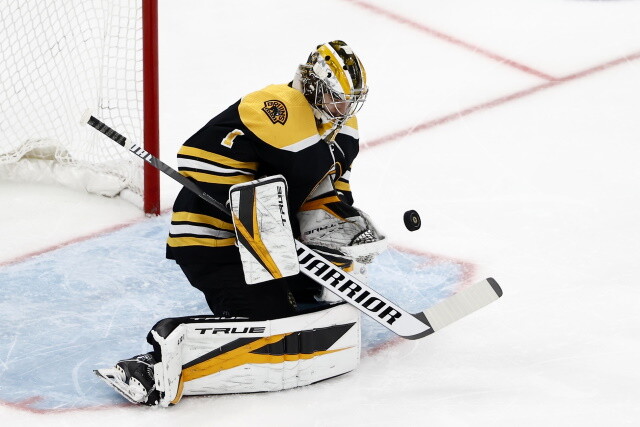 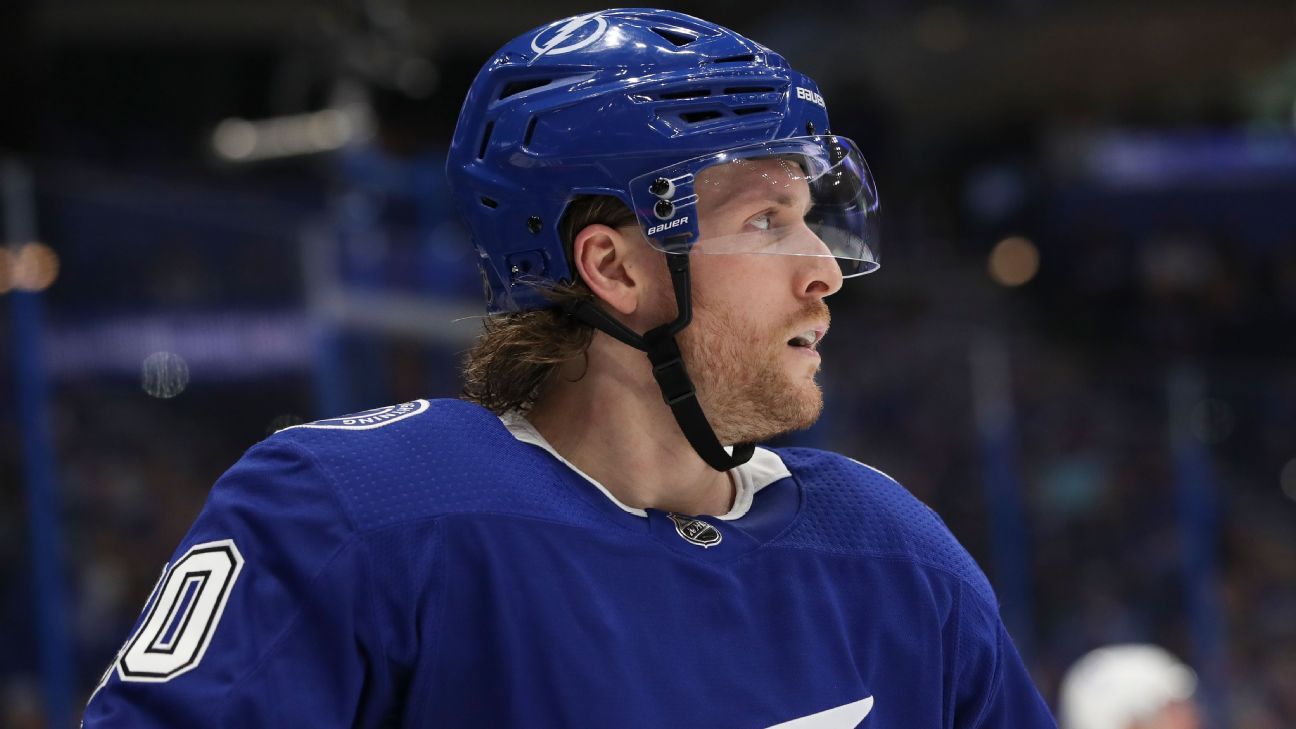