If you missed Part 1 of this article, here is a link.

Early wooden refrigerator railcars required insulation to help protect their contents from extremes in temperature. “Hairfelt” was compressed cattle hair, placed into the floor and walls of a railcar. It was inexpensive (a byproduct of the slaughtering process), yet quite flawed. Hairfelt would last three to four years, but it would decay, which rotted the car’s wooden partitions and often tainted the cargo because of its odor. The higher cost of other materials (“Linofelt,” which was woven from flax fibers) or cork meant that they were not widely used. After World War II,  synthetic materials such as fiberglass and polystyrene foam came into use, providing more cost-effective and practical solutions.

The use of dry ice

Use in World War II

From 1941-48 the United States Office of Defense Transportation implemented mandatory pooling of produce refrigerator railcars. During the war, the railcars spent 60% of their time traveling loaded, 30% traveling empty, and 10% idle. The railcars averaged 14 loads per year; five required bunker icing, one required heating, and eight used ventilation or top icing.

With that information and nearly 50 years of experience with different types of refrigerator railcars, the United Fresh Fruit and Vegetable Association (UFF&VA) listed the features that would improve refrigerator cars in 1948:

PFE experimented with a sliding plug door in April 1947. The sliding plug door had a larger six-foot opening that facilitated easier railcar loading and unloading. In addition, the doors fit tighter into its opening and was better insulated, which helped to maintain a more even temperature inside those railcars that were equipped with them. Because of its success, PFE’s next series of reefers, which were designed in 1949 and built in 1951, were equipped with sliding plug doors. The Santa Fe began to use plug doors on its refrigerator railcars that were built in 1951 as well. By the mid-1960s most refrigerator railcars used sliding plug doors, and by the mid-1970s, the few remaining ice bunker cars were relegated to “top-ice” service, where crushed ice was applied atop the commodity.

At the Santa Fe Railway’s Topeka, Kansas repair shops, five experimental refrigerator railcars that used liquid nitrogen to cool the cars were built in 1965. “A mist induced by liquified nitrogen was released throughout the car if the temperature rose above a predetermined level.” Each of the railcars carried 3,000 pounds of refrigerant and could maintain a temperature of -20°F.

Then, during the 1990s, several railcar manufacturers experimented with liquid carbon dioxide (CO2) as the cooling agent for refrigerator railcars. Carbon dioxide was tried because fuel costs were rising at the railroads (and refrigerated railcars weighed more than a normal railcar and therefore used more fuel) on a per car basis. In addition, the railcar manufacturers sought to eliminate the standard mechanical refrigeration systems that required periodic maintenance. The CO2 systems at that time were capable of keeping cargo frozen solid as long as 14 to 16 days.

Although several hundred of these “cryogenic” refrigerator railcars were placed in service to transport frozen foodstuffs, they failed to gain wide acceptance. In part, this was due to the rising cost of liquid CO2. However, cryogenic refrigeration is a proven technology and environmentally friendly. The continuing rise in fuel costs and the increased availability of carbon dioxide (due to “Kyoto Protocol-induced capturing techniques”) may lead to greater use of cryogenic railcars going forward.

In addition to experimentation with various coolants, several experimental railcars were manufactured after World War II production restrictions were eased in 1946.

The Illinois Central Railroad built a refrigerated railcar in its McComb, Mississippi shops. Its aluminum superstructure reduced weight; steel was also used where required for strength. The railcar was built to the standard dimensions of the time, but also had “cushioned draft gear, easy-riding trucks, a minimum of four inches of insulation, adjustable ice bunker bulkheads and half-stage icing racks with forced air circulation through side wall flues and floor racks recommended by UFF&VA.”

The Consolidated Steel Corporation built a stainless steel refrigerator railcar for Santa Fe. It featured “convertible ice bunkers, side ventilation ducts and axle-driven circulation fans.” Engineers thought that stainless steel would better resist the corrosive deterioration resulting from salting ice. The one-of-a-kind unit spent most of its life in express service. The costs associated with building the railcar were cited as the reason no additional units were built.

In its Los Angeles shops, Pacific Fruit Express experimented with aluminum car bodies in 1946. Two steel-sided ventilator refrigerator railcars were rebuilt to test the durability of lightweight alloys compared to steel. The rebuilt railcars weighed almost 10,000 pounds less than a similar all-steel railcar and offered better corrosion resistance. The engineers hoped that those two factors would offset the higher initial cost of the aluminum railcars. Alcoa provided the body for one railcar, and Reynolds Aluminum Company provided the other. The railcars were also equipped with state-of-the-art fiberglass insulation and axle-driven fans for internal air circulation. They were used throughout the Southern Pacific and Union Pacific systems, and were also displayed to promote PFE’s post-World War II modernization. While both units remained in service over 15 years, no additional aluminum reefers were constructed.

The Northern Pacific Railroad ordered several modified covered hopper cars from American Car and Foundry (ACF) in 1969. The 55-foot-long railcars were to be used to transport perishable food in bulk. Each railcar was “blanketed with a layer of insulation, equipped with roof hatches for loading and had center-flow openings along the bottom for fast discharge.” ACF installed a mechanical refrigeration unit at each end of the railcar, and sheet metal ducting forced cool air into the cargo compartments.

The capacity of these new railcars was 91 tons, which was more than double of the largest conventional refrigerator railcar at that time. Additionally, they cost less to load and unload because no secondary packaging was required. Shipments of apples, carrots, onions and potatoes were transported by these railcars with moderate success. That led the Santa Fe Railway to lease 100 of these hoppers from ACF. The railroad followed up by buying 100 units in April 1972. The railcars were promoted as “Conditionaire” cars.

However, the railcars had an irregular, orange-colored outer surface that got dirty easily and was difficult to clean. Santa Fe eventually modified the railcars to non-refrigerated applications.

“Express” refrigerator railcars came into use to transport special perishables with shelf lives of seven days or less. Commodities in this category included fish, green onions, human blood, milk, strawberries and a number of pharmaceutical products.

The first express-service refrigerated railcars entered service in the last decade of the 19th century (shortly after the railroads established the first express train routes). However, express refrigerated railcars were not commonly used until the early 20th century. Most of the refrigerated railcars that were designed for express service were larger than the standard refrigerated units, and were usually built more like baggage cars than freight railcars. The express railcars had to be equipped with speed-rated trucks and brakes, and if they were placed ahead of a passenger car, they had to also have an air line for pneumatic braking, as well as a communication signal air line, and a steam line for train heating. In addition, express units were usually painted to match the passenger railcars of the various railroads that utilized them.

The Interstate Commerce Commission (ICC) regulated both the railroad and trucking industries (as well as other industries). As outlined in Part 1, virtually all of the perishable goods shipped in the United States were transported by railroads. However, one of the inequities in the ICC’s regulatory policies was that railroads were subject to government regulation of their shipping rates, while trucking companies could set their own rates for hauling agricultural products. This obviously gave the trucking industry a competitive advantage over the railroads. However, the ICC exempted rail transportation of fresh fruits and vegetables from all economic regulation in March 1979 (not long before deregulation of both industries).

The railroads began to aggressively pursue shipping of refrigerated trailer-on-flatcar (TOFC) by train. That was followed by a number of carriers (including the PFE and the Santa Fe) buying their own refrigerated truck trailers to compete with the interstate trucking industry.

In 1970, Tropicana shipped orange juice in bulk using insulated boxcars from Bradenton, Florida, to Kearny, New Jersey. On June 7, 1971, the “Great White Juice Train,” which was the first unit train in the food industry, left Bradenton. It consisted of 150 91-ton insulated boxcars fabricated by Fruit Growers Express. By late that year, the company was operating two 60-car unit trains weekly, each carrying around 1 million gallons of juice on the 1,250-mile trip. Shortly thereafter, 100 more railcars were added. Small mechanical refrigeration units were installed in these railcars to keep temperatures constant. These “juice trains” saved Tropicana $40 million in fuel costs during their first 10 years in operation.

Use of refrigerator railcars declines

Although refrigerator railcar manufacturers and different railroads (particularly the Santa Fe) improved the railcars over the decades, refrigerated trucks (and, to a lesser extent, aircraft) have continued to erode the volumes hauled by rail.

Nonetheless, the next time you eat fresh fruit in the middle of the winter, keep in mind how that came about, and how the transportation industry has made your life a little better. 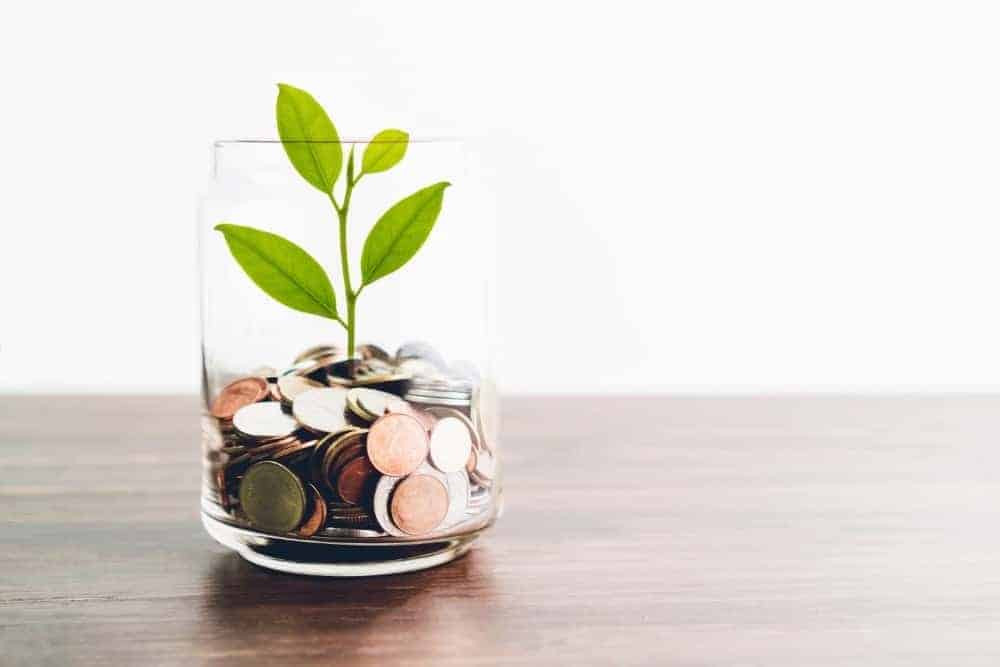 Should I buy the top stocks of the FTSE 100 today or wait for the next stock market crash? Why invest in dividend stocks instead of growth stocks today Ever Given in a nutshell