Streaming has now become the primary way in which people watch movies and TV and play games at home. Two services, in particular, are leading the way in terms of content and innovation: Netflix and Amazon Prime Video. You may be wondering how to choose between these two. If you already use one or the other, maybe you’re worried that you’re missing out. We’re giving you a rundown of these streaming giants and how they compare.

Streaming: Past and Present

Nowadays, streaming is used for anything and everything, including sharing gameplay on Twitch. In 2021, 2.78 million people tuned into Twitch streams. There is also a similar trend in the online casino industry, live dealer games are very popular; they now make up 32% of the market. These include live casino games such as blackjack and roulette where the experience combines traditional table games and human croupiers with the comfort of playing at home.

The history of streaming is a lot more basic. The first recorded large-scale stream was in 1995 when RealNetworks (formerly Progressive Networks) developed the technology to stream a live radio broadcast of a NY Yankees baseball game.

Since then, streaming technology has come a long way, and remarkably quickly. As the internet has developed, we’ve seen time and again how we can harness its sharing abilities for on-demand entertainment.

Netflix began in 1997 as a home movie rental service and, in 2007, started its streaming service. In 2021, 62% of US households were subscribed to Netflix. As with other streaming services like Amazon Prime Video, Netflix now has its own production company; the amount of original content has been increasing since 2017.

It’s remarkably easy to use, with a handy auto-play feature and a sliding carousel of content. However, there are concerns about the freshness of the content, with new movies not being added quickly enough for some users. Amazon Prime Video has the added benefit of allowing the user to access paid content within its service. However, its user interface is far behind the likes of Netflix. Unlike Netflix, its menu is static and old-school. The Future of Streaming

Which option you choose really depends on what’s important to you. Are you looking for the option to rent movies from home for a fee? Amazon may be the right choice for you. Meanwhile, everything on Netflix is free after you pay the subscription fee, which is less restrictive, but the content doesn’t get changed up nearly as much as on APV.

Although these are the two most popular streaming services right now, it’s worth mentioning that there’s more on the market, and as mentioned, other types of streaming are fast becoming popular. Online betting, gaming, and personal broadcasting are making entertainment more interactive and personable.

In the future, we may see streaming these more ‘meta’ forms of entertainment become mainstream, competing with Netflix and Amazon Prime Video for their place in the home.

The Best Way To Keep Your Horses Happy This Winter 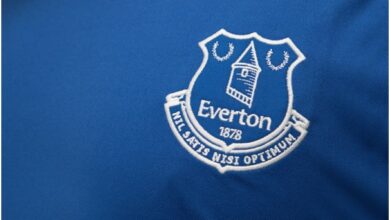