Shang-Chi and the Legend of the Ten Rings centered on the Mandarin and his titular rings — here’s a breakdown of their respective powers, as revealed by the movie and comics. The iconic villain has been teased as long as the MCU has been around. His infamous group, The Ten Rings, was responsible for Tony Stark’s abduction in 2008’s Iron Man. The group has since recurred, often in the shadows. They facilitated attempts on Tony Stark’s life in the direct sequel and an agent of the group was present in 2015’s Ant-Man.

For Iron Man 3, it seemed as though the Mandarin himself would finally appear. Surprisingly, a twist revealed that an actor was merely posing as the Mandarin. The move was divisive, with the idea of Aldrich Killian (Guy Pearce) declaring himself “the real Mandarin” proving controversial in itself. In the wake of these narrative choices, the MCU course-corrected, using a one-shot to reveal via Trevor Slattery (Ben Kingsley) that the Mandarin actually did exist. And, furthermore, that he was equally annoyed at his name being besmirched.

Fortunately, the official release of Shang-Chi and the Legend of the Ten Rings further fixed the Iron Man 3 twist. As well as casting Simu Liu in the titular role, Awkwafina as Katy, and Meng’er Zhang as Xialing, Shang-Chi rightfully removed the problematic Fu Manchu from his place in Shang-Chi’s previously established story. Instead, delivering one of the MCU’s most complex antagonists, complete with surprisingly understandable motives and more likable charisma than anticipated, Tony Leung played Wenwu (a.k.a. the real Mandarin). A record-breaking amount of fans have now seen Leung in action with his titular weaponry. Newly reimagined to be more like Kung-Fu Hustle-style arm bracelets than traditional rings, they were nonetheless powerful. Here’s a breakdown of each ability Shang-Chi and the Legend of the Ten Rings depicted, as well as how they compare to the comic book abilities and history.

What Are The Ten Rings?

Apart from an infamous terrorist organization, the Ten Rings referred to the objects worn by the Mandarin — and from which he has drawn considerable power. The titular garments first appeared alongside the Mandarin in 1964’s Tale of Suspense #50. Created by Stan Lee and Don Heck, they are revealed to be technology from an alien race named Makluans. Often described as “Space Dragons,” they hailed from the planet Kakaranthara. Growing tired of their planet’s tranquility, several soon sought out other worlds to explore.

One such explorer, Axonn-Karr, ultimately made it to Earth. Landing in China’s Valley of Spirits, he was mortally wounded by the understandably fearful natives. Soon after, Axonn-Karr, his rings, and his ship were discovered by the Mandarin. With each ring containing the soul of a legendary cosmic warrior, he was immediately seduced by the considerable power contained within. As a result, the Mandarin completed Axonn-Karr’s journey to the grave and claimed them for his own. The Mandarin took to wearing one on each finger and rapidly trained himself in the respective powers of each individual ring.

It has been impossible to determine whether this particular backstory will remain canon within the MCU. After all, by the conclusion of Shang-Chi and the Legend of the Ten Rings, the origins of the objects and from where Wenwu acquired them remained shrouded in mystery. Equally, the source of their power remained much the same, though they seemed to draw energy (or chi) from their respective users. As such, they could easily be tied into existing MCU corners and such upcoming movies like Doctor Strange in the Multiverse of Madness or even the much closer Eternals. Whatever the case, with the rings seemingly summoning something, answers will most likely come in an inevitable Shang-Chi sequel.  Regardless of whether they came from Makluans or something else, the objects still afforded their owner(s) a whole range of different and impressive abilities.

Ten Rings’ Powers In The MCU

Several of the titular objects’ abilities were utilized throughout Shang-Chi and the Legend of the Ten Rings. Firstly, they were established as being able to function as projectiles and still do the Mandarin’s bidding when away from him. That could lend itself to them, like the comics, having a quarantined A.I. that serves the official wielder. Then again, the connection could equally be retconned to be mystical. Whatever future reveals await, they were akin to Thor and his hammer, Mjölnir. That was emphasized by the rings returning almost sentiently to the Mandarin’s arm after being used as projectile weapons or to deflect incoming attacks.

They were also seen imbuing the Mandarin with enhanced strength, as demonstrated when he brought down a mystical gate containing the Dweller in Darkness with mere punches. They also allowed the iconic villain to fire off concussive energy blasts. These were primarily used offensively. In Shang-Chi and the Legend of the Ten Rings flashbacks, the Mandarin was depicted firing off a number of these across multiple points in his long life. Glowing blue, they had the effect of knocking enemies down or seemingly outright killing. Those energy blasts also allowed both Wenwu and Shang-Chi to levitate or propel themselves great distances.

His aforementioned long life was also a product of the rings. Shang-Chi and the Legend of the Ten Rings never determined how that function actually worked. Given that Wenwu simply seemed to never age, it was implied that they are either constantly regenerating the user’s body or simply able to freeze the aging process entirely. Whatever the case, the wearer is able to give even the Eternals a run for their money the moment they are put on. And since that they were left in the hands of Shang-Chi, that could signal a sad complication in his being friends or forming a relationship with Katy as long as they remain his weapon of choice.

With the benefit of decades’ worth of material, the power of the rings has been more specifically defined in the comics. Given names and even nicknames, each comes with a unique power befitting the soul trapped within. Here’s a full list of each ring, what they were called, and, more importantly, what they allowed the Mandarin to do:

Related: How Shang Chi’s Rotten Tomatoes Score is Unique in the MCU

The nature of the Mandarin’s abilities emphasized why the character wouldn’t have been a good fit before Phase 4. Though things have increasingly changed, the MCU started out very grounded and had to build to its more outlandish elements. That groundedness was especially true of the Iron Man trilogy, which was rooted in science and technology. Though the Mandarin’s rings could fall into that category, they also blurred the lines between the cosmic and the mystical. As such, with both having become more widely prevalent, Phase 4 marked the best time for him to emerge. Most of the rings’ more outlandish comic book powers weren’t present in Shang-Chi and the Legend of the Ten Rings. Still, there’s every chance Shang-Chi could unlock new ones in the future, that either Wenwu wasn’t aware of or simply opted not to use in his quest against Ta Lo, or in the various flashbacks shown.

More: Shang-Chi: How The Ten Rings Might Set Up Fin Fang Foom

John Atkinson has been a news and feature writer for Screen Rant since late 2018. Before that, he had articles published across a number of different outlets. A graduate of the University of London, John was raised on a small island by television and movies. As such, he pursued a career in screenwriting and film journalism when it became apparent that actually becoming Spider-Man was impossible. John’s fondest wish is to one day produce a film of his own. Until then, he’s more than happy to spend countless hours just talking about them.

John’s love of film and television defies genre and sometimes even logic. Nothing is off-limits to his passion – be it Marvel, DC, Rian Johnson’s Star Wars, or Tommy Wiseau’s latest cinematic offering.

Away from screens, John can often be found in a park reading mystery and/or fantasy novels, jumping up and down at various music events, or thinking too deeply about Keanu Reeves’ career and why Edgar Wright doesn’t have an Oscar.

It's the beginning of the end of Birdes Mandalorian Gina Carano does not apologize for controversial comments Breakdown of the Eternal Purge Trailer with Director Everard Gout 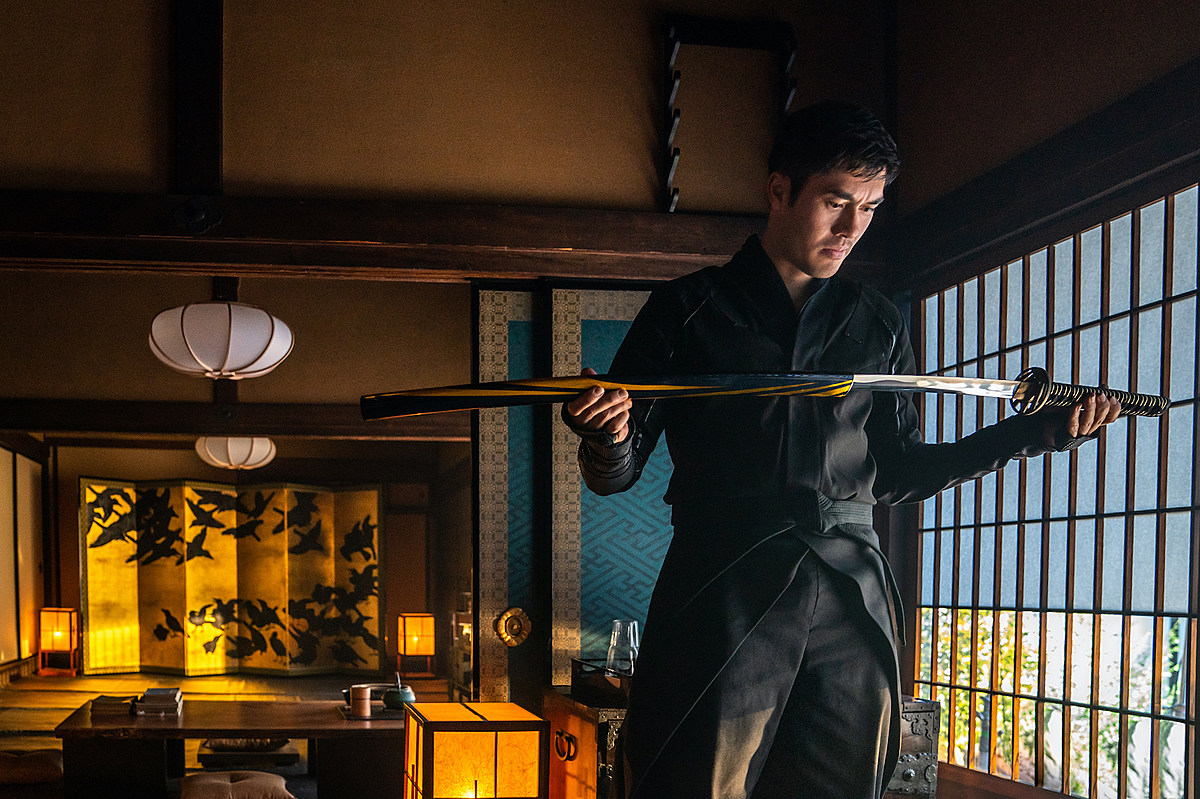