“If you love yourself, others don’t have to like you because you don’t need their approval to feel good about yourself.” ~ Lori Deshen

In 2010, after a surge of inspiration after the meditation course, I announced to the world that I would make a movie about myself who won the Kayak World Championship.

Looking back, it’s a very bad idea. But then I felt invincible and inspiring.

I had very high expectations for myself and the film and thought it was all possible.

Getting out of the four-year competition retirement meant a rigorous training schedule of six hours a day, and at the same time only recorded the trip.

Not only was it the best in the world, but it also put a great deal of voluntary pressure on producing award-winning documentaries without a coach.

Simply put, it was a disaster.

I had a back cramp 3 days before the tournament. I was so stressed that I couldn’t move.

Jesse, a good kayak friend, knocked on the door of a hotel room in Bavarian.

“Polly, take this, it’s ibuprofen and helps your back relax. Remember why you’re here, you can do this.” She said.

I felt it was okay in the morning of the tournament. I did a normal warm-up and got a good practice. “Yes, maybe I can do this,” I thought.

My first ride was ok, but it was great. All I had to do was the same again and my score was enough to pass the preliminary cut to the quarterfinals.

Someone in the crowd shouted to me, “Smile, Polly!”

I lost my concentration, made a disastrous second ride and made an irreparable mistake.

The worst happened and it all went wrong.

Humiliation, embarrassment, and disappointment, I took a long walk and cried.

My lifelong dream of becoming a world champion athlete has just disappeared, and my broken heart has been exacerbated by the public humiliation I created for myself.

I put it all together, kept shooting the rest of the competition, and felt some protection by hiding behind the camera.

“So what’s the next Polly? Are you going to continue training for the next World Championship?” Claire, the winning woman, asked me at the end of the event.

“No,” I answered without thinking. “I need to go to India.”

India has been calling me for years, like a little voice that connects a string to my heart.

“Becoming a world champion can’t do what I wanted. I still have more to learn. I want to admit myself whether I win or lose. I don’t think my thoughts interfere with me. I want you to support me. I want to feel a connection with something bigger than myself. “

A year later, I went to the equivalent of the World Yoga Championships.

Every day at 4:15 am, practicing in a small yoga mat space surrounded by 60 people with no place to run or hide, I began my journey to face my inner world.

The toxic energy emitted from my heart looked and felt like a real chimney, in the form of constant internal commentary of judgment and drama.

I felt like the dog was chasing the tail and was in a completely creative block by editing my movie.

A yoga friend said, “Poly, even if your movie helps only one person, it’s worth the end.”

This wasn’t what my ego wanted to hear.

My ego wanted to inspire the world and had a vision of at least attending the Sundance Film Festival, if not an Academy Award.

It took three years to complete the movie. But releasing it to the world caused all of my anxiety. I was exposed and felt like a huge scam.

How could you make such a bold statement and fail and remind everyone of your failure three years later?

I released a movie and ran to high North India in the Himalayas where there was no internet.

I gave birth to a baby and bolted it to the front door of a stranger’s house.

Outside Magazine wrote a great article about the movie, but it failed in my eyes.

It didn’t attend the big festival I wanted to attend, nor did I submit it to the Kayak Film Festival where it would work.

In 2019 I left India and returned to Montana to teach summer kayaking.

I have been teaching for over 10 years on the 20th anniversary of the kayak school.

She told me: “Poly, I watched your movie about training for the world, and it encouraged me to train too. I formed the USA Junior Team and finished second in the 2015 Junior World Championships. Thank you for making the movie. “

Humble tears of disbelief broke out in my eyes.

My movie helped one person, and I was seeing her.

The important point was that my ego and perfectionism hindered the possibility of helping more people.

I shot myself and my film with my feet so that I could keep saying that my ego wasn’t worth it.

But this is simply not true.

Running in hiding to make my ego feel safe no longer cuts it.

The world is now in deep spiritual crisis.

My ego is in a Himalayan cave and wants to meditate away from everything.

But that’s not what I’m called to do.

Putting myself there still feels uncomfortable, but I know that hiding isn’t going to help people. I’ve decided that good things are enough, and now I’m taking a small step in the direction of discomfort.

I learned a huge and humble lesson in self-acceptance, self-love, and self-compassion.

1. Whisper in your heart and listen to the inner voice that pulls. If you are passionate about something, don’t convince someone or anything to stop it.

2. Do that first. Ask someone you trust for help, but once you’ve done that, share it publicly so that you don’t create unnecessary pressure or feel like you’ve failed if you struggle.

3. Take a small step at the right timeSo you won’t be overwhelmed and want to quit.

4. Helping one person is a big victory.

5. Throw away all expectations— The results do not have to be specific for the experience to be valuable.

6. Do your best and let go of the results. If you did your best, you were successful.

7. Celebrate all small successes along the way To build your confidence and motivate yourself to continue.

8. Proud of yourself Every day for these little successes.

9. Approve yourself You don’t need a hugely successful egostroke and know that the results of this one effort don’t define you.

10. True success is inner fulfillment. If you follow your dreams and do your best, give yourself permission to feel good about it.

11. Do not compare yourself to others. Set your own goals / intentions that you feel are achievable for you.

12. Every “failure” is actually a step in the right direction. It redirects your compass and helps you learn what you need to do or change to get to where you want to go.

13. Growth means getting out of the comfort zone. But you don’t have to push yourself too much. It goes to the edge of discomfort, but it still feels easy to handle.

The best mechanical keyboard for Mac 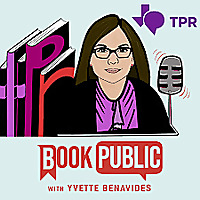 Ezekiel Elliott’s net worth in 2020 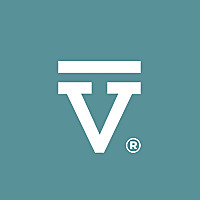