In 2000, Geoff Turner joined the Choptank Transport Inc to help farmers and food companies on the Eastern Shore of Maryland bring time- and temperature-sensitive produce to market. Was established. Twenty years later, these efforts culminated in the acquisition of Choptank by one of the country’s largest shipping companies.

Hub Group Inc. said Tuesday that it had acquired a $ 130 million cash-based Chop Tank, which specializes in refrigerated truck brokerage, based in Preston, Maryland. With this move, Oak Brook, Illinois-based (NASDAQ: HUBG) hubs have become a foothold for refrigeration operations, generating approximately 70% of Choptank’s total road revenue. Hub executives told analysts on Tuesday that chop tanks are moving at a pace that will generate $ 470 million in annual revenue. Choptank is a non-asset-based provider. That is, they do not own transportation assets and rely on car and rail carriers to carry their customers’ freight. All 400 employees of Chop Tank, including Turner, will join the hub.

The acquisition will generate more than $ 1 billion in revenue for Hub’s brokerage firm, a major step towards achieving its $ 5.5 to $ 6.5 billion revenue target by 2025, according to Hub executives. Hub held revenue in 2020 to just under $ 3.5 billion. A brokerage firm is worth $ 431 million. Hub’s huge intermodal freight business accounted for more than half of 2020’s revenue. With the acquisition, the non-asset-based business will account for 40% of the hub’s total revenue.

Hub said it would add 550 intermodal refrigerated containers in connection with the purchase of chop tanks, for a total of 1,000 boxes.

The deal, which closed on Tuesday, creates a strong cross-selling opportunity for the hub, company executives said in an analyst’s phone call after the deal was announced. The hub’s over-the-road business focuses on dry vans and LTL, so customers couldn’t access over-the-road refrigeration services, executives said, and in return, about 1,500 chop tank customers have so far. He added that he would manage no transportation opportunities. It was available.

At Cole, hub COO Phil Yeager continued to return to the cross-selling synergies that came from trading. “Currently, we have a fully functional model,” he said, noting that a chop tank refrigeration service has been added to the hub portfolio.

Choptank has historically achieved about 10% annual revenue growth, but the combination of Choptank’s organic growth and the new revenue generated by its cross-selling program makes hub executives top in the mid-teens range. I expect the line to expand. 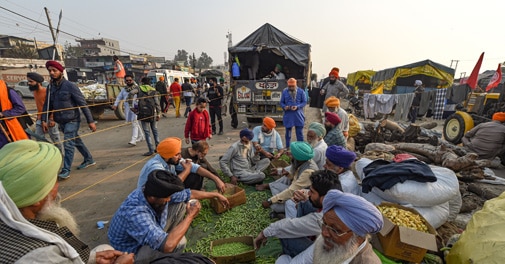