a few weeks ago, Translated a short developer interview For Hyrule Warriors: Age of Calamity Famitsu.. Since then, Japanese magazines have actually shared much more detailed follow-up discussions.

In the interview, producer Yosuke Hayashi, director Ryota Matsushita, and producer Eiji Aonuma of the Zelda series reappeared. The three developers talked about a variety of topics, including overseeing the Zelda team, creating stories, and incorporating breath of the wild elements (such as graphics and gameplay elements). I have prepared the complete translation again. You can read it below.

Did you have any elements you wanted to avoid?

Aonuma: Given that Hyrule Warriors is focused on combat, I wanted Koei Tecmo to describe this title as a warriors game. I also wanted you to enjoy the Breath of the Wild framework without being too conscious of it. So I told the Zelda team, which oversees the game, to look at the game from that perspective.

Matsushita: surely. He always told us to do more during the project instead of avoiding things. (Laughs) So our team tackled these challenges head-on. For example, Link throws four remote bombs in a row, with the last bomb throwing “the other for proper measurement”. And being able to destroy the Bokoblin base in that way is one of the methods we have provided.

How did you work with Koei Tecmo?

Aonuma: I was surprised at how much their love for the beginning of the Breath of the Wild. Talking to director Fujibayashi, who is also the director of Breath of the Wild, we talked about how well Koei Tecmo understands what’s important. They were able to create the game according to the plan we originally requested. After talking any further, we’re in the spoiler realm. Therefore, I would like the players to try the game and experience it.

However, in the early stages of development, too much emphasis was placed on valuing the world of Breath of the Wild. Maybe it’s because I loved games. This made it difficult to tell the unique story of the Hyrule Warriors about what happened 100 years ago. I remember being surprised at the content of the game and the number of stories, but it increased steadily with each discussion.

Matsushita: Thank you for your compliment. Feeling a deep love for The Legend of Zelda: Breath of the Wild was a very valuable experience for us. We were able to work with a team of great skills to create games that can be enjoyed around the world.

How did you feel when you asked to draw a slice of Breath of the WildOverall story as Warriors game?

Was the game developed in collaboration with Team Ninja and Omega Force like the previous Hyrule Warriors?

Matsushita: This time, Omega Force was mainly working on it. Fortunately for us, the team had several Zelda fans and staff who were involved in the previous Hyrule Warriors from the early stages of development. This allowed us to share a lot of passion and heart during development.

Hayashi: The development teams were very different, but they did a great job of maintaining the important aspects of Hyrule Warriors while incorporating improvements.

Matsushita: I received reference material from the Zelda team, but the CG team also had a lot of hardcore fans of Breath of the Wild. That made it easier, given that they all played a lot throughout the game. It was fun that everyone had a set of “wild” armor *. (Laughs) The process of checking what happened at Breath of the Wild was called “pinpoint scouting.” Everyone has made so much progress that it was easy to use anyone’s save file.

* Editor’s Note: Players will get a set of classic hero clothing or “wild” armor by defeating all 120 shrines in the main game.

Was it difficult to secure the resources needed to make Warriors Action while reproducing the unique graphics of Breath of the Wild at the same time?

Matsushita: Despite having the expertise and skills to make a Musou game with the help of Zelda’s team, it was certainly a challenge in terms of both technology and creativity. With a lot of help from the overseers on the key elements, their feedback gradually brought us closer to the world of Breath of the Wild. We worked hard and tried to get other teams to say it was unfair to get the visuals directly from the Breath of the Wild! “

How tightly did the Zelda team supervise you during development?

Matsushita: I’ve done a lot of directorship on the story and characters to maintain the Breath of the Wild feel. On the one hand, they have allowed us to make many decisions about our actions. There were still some exceptions to the move. They were carefully scrutinized if it involved folklore. For example, Mifa kicks a dolphin and jumps into the air, causing water to flow around. We received a lot of feedback to swim gracefully as Zora’s princess. Even the details, such as how the banks of the swimming curve should be angled. At the same time, they never criticized her for flying in the first place. Also, every character has its own action in the game. Therefore, when developing them, we received a lot of feedback such as “It would be more fun to do this.” Or, “This will make your character more attractive!” All of this improved the game rather than limiting it, so we were able to improve the overall quality of the game.

How did you make the story?

Matsushita: After summarizing all the necessary elements, I proposed a story framework. They saw it from the beginning of development and helped with the finishing touches. This has made the world of the past new and refreshing, keeping things in balance. By the way, it was interesting to hear the details of the characters and the world itself. It was hard to suppress my excitement as a Breath of the Wild fan. I felt that it wasn’t professional to be so excited, so I stopped it (laughs).

Hayashi: In addition, one of the things I wanted to improve from the last Hyrule Warriors was the story. I won’t go into details about spoilers, but if you like the tradition of The Legend of Zelda, I think this story will be even more fun.

[Interview] Drawn to Life: Two realm developments about what the game is like, the future of the series, and more This is another way of looking at Hexen 2, the spiritual successor to 3D Realms, which will appear on the switch in 2021. 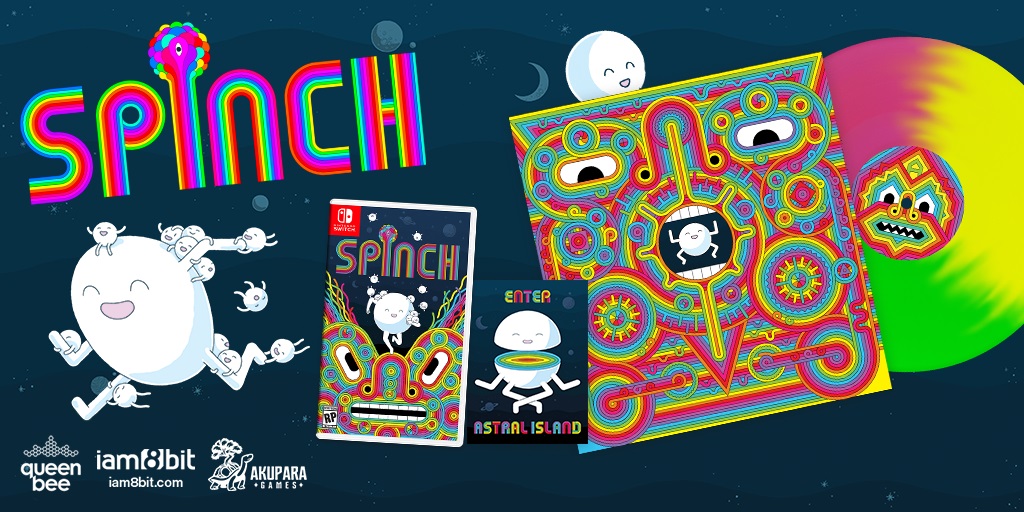