It’s Week 16 — time for the NFL Recap team to go over the happenings and highlights of all the action. We’ll start with the Kansas City Chiefs’ and Pittsburgh Steelers’ slim victories, and then take a look at some of the fallout from the weekend’s action, including the Tua Tagovailoa and Ryan Fitzpatrick interplay. We will also dole out Week 16’s Studs ‘n’ Duds later.

Editor’s note: Mike Tanier’s full Week 16 NFL Recap will unveil throughout the evening as happenings and happenstances occur, culminating with a Monday morning crescendo, bringing all of the NFL action fully into focus. Bookmark us — we’ll update our front page with each of Tanier’s additions!

NFL Week 16 Recap: Chiefs, Steelers have reasons to be afraid after narrow wins

The Kansas City Chiefs clinched home-field advantage throughout the playoffs with their 17-14 win over the Atlanta Falcons in Week 16. The Pittsburgh Steelers halted a three-game losing streak and clinched the NFC North with their come-from-behind 28-24 win over the Indianapolis Colts. So everything is A-OK with the two conference frontrunners, and we can pencil them into the AFC Championship Game in a few weeks, right? Not so fast.

A pair of narrow wins by the Kansas City Chiefs and Pittsburgh Steelers, at the end of a month of general vulnerability by both teams, raised as many questions as they answered. And while NFL Recap still thinks one of these teams will represent the AFC in the Super Bowl, the conference playoff chase is suddenly tighter than ever.

The Colts appeared to be in complete control of the game after taking a 24-7 lead and stopping the Steelers at the goal line midway through the third quarter. Then the Steelers came alive on both sides of the ball at once.

Ben Roethlisberger, who looked like Father Time for much of the first half, connected with Diontae Johnson in the end zone for a 39-yard raindrop late in the third quarter.

Roethlisberger and Eric Ebron capped an early fourth-quarter drive (built mostly out of a pair of pass interference penalties) with a short touchdown. Roethlisberger then used a pump fake to freeze the Colts secondary and delivered a third touchdown strike, this time a gorgeous 25-yarder to JuJu Smith-Schuster.

Meanwhile, T.J. Watt, Stephon Tuitt, Cameron Heyward, and Avery Williamson took turns getting into the Colts’ backfield and harassing Philip Rivers into mistakes. Mike Hilton intercepted Rivers to stop one late comeback attempt, and a final Colts drive stalled when Rivers could not convert 4th-and-8 at the Steelers 33-yard line.

The Pittsburgh Steelers victory clinched a playoff berth and positioned them as the likely second seed in the AFC entering an important (for both teams) Week 17 matchup with the Cleveland Browns.

It was another one of those games where the Chiefs looked like the class genius who forgot there was an exam, didn’t study, and showed up expecting to get an A-plus based on sheer genius. Patrick Mahomes was off for much of the first half, and the gameplan was as needlessly complicated as ever.

Seriously, Andy Reid and company. They’re the Falcons. You can beat them by running the ball and waiting for them to do something stupid.

The Falcons led 14-10 with 4:33 to play when the time came for the natural order of the cosmos to reassert itself. Mahomes led a crisp drive that ended with a Demarcus Robinson touchdown. Matt Ryan then drove the Falcons into field goal range and searched for ways to lose the game.

The Chiefs dodge another bullet — how many can they dodge with the margin for error slimming?

He tried to get sacked out of field goal range and failed. He tried to get strip-sacked and failed (his arm was moving forward). And he tried to throw an interception but failed. Finally, the Falcons sent Younghoe Koo out to lose the game with a 39-yard chip shot field goal attempt. The kick appeared to be on target until someone yanked an invisible bungee cord and sent it sailing wide right.

The Chiefs are now on a 10-game winning streak. By clinching the first seed in the playoffs, they rendered next week’s game against the Los Angeles Chargers meaningless. That gives them a few weeks to rest some hobbled starters, most notably tight end Travis Kelce.

Andy Reid should get a mild electrical shock every time the Chiefs run some variation of the “Wing T formation — everyone in the backfield does a little supermodel twirl, direct snap to Darrel Williams, pivot pitch to Sammy Watkins, option pass to Patrick Mahomes” crazy cakes play concepts they concoct while drinking moonshine (alcohol-free eggnog with extra nutmeg, in Reid’s case) and watching footage of 1930s Rose Bowls.

The Kansas City Chiefs have won their last seven games by a total of 27 points. Their offense outsmarts itself. Their defense plays up or down to the level of competition. It’s the perfect recipe for playoff disappointment.

Roethlisberger had one of those games that look spectacular on the highlight montage and stat sheet but not nearly as good when examined more closely. He had passes batted at the line, floated near-interceptions into the middle of the field, and bounced one third-down pass four yards in front of its intended target. The Steelers caught a few late-game breaks when off-target Roethlisberger passes led to borderline pass interference fouls.

The Colts outgained the Steelers 217 yards to 93 in the first half and dictated terms on offense except for one Watt strip-sack and Hilton recovery. The Steelers live or die by big plays on both sides of the ball. When they don’t get enough of them, they can lose to any team in the NFL, even Washington or the Cincinnati Bengals.

The Colts had the Steelers in position for a knockout blow and could not seal the deal. The Cleveland Browns lost to the Jets. Yes, the Browns lost their entire receiving corps to reserve list protocols, but they would have been able to beat the Jets by running the wishbone. The Dolphins did not look like much of a threat when the Las Vegas Raiders gave them all they could handle on Saturday night. AFC Wild Card Weekend looks like glorified cannon fodder.

That leaves the Buffalo Bills and Tennessee Titans, both of whom will play after this Week 16 NFL Recap segment goes to press. Both are known threats at this point in the season. The Steelers beat the Titans but lost to the Bills. The Chiefs beat the Bills. No one truly looked outclassed by anyone else in any of those head-to-head matchups.

Like it or not, Kansas City Chiefs and Pittsburgh Steelers fans, the AFC is more of a four-team race than a two-team race. That may cause some anxiety in Pittsburgh and Kansas City come mid-January. Yet, it will make things more interesting for the rest of us.

Wondering how the Miami Dolphins’ Tua Tagovailoa / Ryan Fitzpatrick don’t-call-it-a-quarterback-controversy will play out? So is NFL Recap. We don’t have a crystal ball or the ability to peer into head coach Brian Flores’ mind, but we know that football history has a habit of repeating itself. So grab some eggnog, curl up by the fireplace, and enjoy this tale about the strange case of WoodStrock and the early 1980s Dolphins’ starting QBs.

Once upon a time, there was a young quarterback named David Woodley. Woodley was a scrambling eighth-round pick from LSU who replaced fading future Hall-of-Famer Bob Griese in 1980. Woodley was talented but erratic, and head coach Don Shula developed a habit of pulling him in favor of veteran backup Don Strock when things weren’t going well.

Related | Dolphins no-name defense has made a name for itself

Strock led two fourth-quarter comebacks in relief of Woodley as the Dolphins went 11-4-1. Shula then yanked Woodley after an interception, two sacks, and a fumble in the first quarter of the playoff game against the San Diego Chargers. Strock threw four touchdowns in a back-and-forth game the Chargers ultimately won 41-38, one of the greatest games in NFL history.

Woodley remained the starter in 1982, with Strock as his save specialist. The 1982 season was just nine games long due to a lengthy midseason strike. Strock relieved Woodley in three of his starts, leading late-game comebacks in two of them.

The pattern continues into the playoffs

That season’s playoffs were a 16-team tournament. Woodley played well at the start of the tourney but threw three interceptions in a 14-0 AFC Championship game victory over the New York Jets.

Shula did not pull Woodley in that game. He did, however, insert Strock late in Washington’s 27-17 win in Super Bowl XVII. Woodley had completed just 4-of-14 passes for 97 yards, one touchdown, and one interception before being relieved.

The Dolphins drafted Dan Marino with the 27th overall pick in the 1983 NFL Draft. How Marino lasted that long is a story in itself. Amazingly, 46 QBs were taken before Marino in that first round. Woodley started the season, but Marino quickly overtook him, and the rest is history (the history books would be aware of his presence on a grand scale).

Sadly, Woodley descended into alcoholism after his NFL career fizzled, and he passed away in 2003. Strock backed up Marino for many years. The Dolphins returned to the Super Bowl in 1984 but lost to the San Francisco 49ers. They remained playoff contenders throughout the 1980s and early 1990s but couldn’t get over the proverbial hump.

Starter-reliever platoons at quarterback are unbelievably rare, which is why folks like remember WoodStrock 30 years later. The fact that the arrangement lasted from Griese’s decline in 1980 through Marino’s rise in 1983 is also shocking to modern eyes.

The modern context of starting and backup QBs

Nothing like that can happen in this era of free agency and rookie contracts. Both quarterbacks would either demand more money or a chance to go elsewhere. FitzTua will almost certainly be broken up this offseason for a variety of reasons, and you don’t need the NFL Recap of Week 16 to tell you that.

Secondly, Strock did not play particularly well in his relief appearances. He threw four interceptions in a 1981 spot start and four more in a relief appearance in 1982 that the Dolphins lost to the Tampa Bay Buccaneers. But the Chargers playoff effort gave him a Nick Foles reputation that could not have helped Woodley’s confidence.

Ryan Fitzpatrick led a wild comeback in Saturday’s 26-25 win over the Las Vegas Raiders, but let’s get real. Myles Gaskin’s fourth-quarter touchdown catch was a mixture of great running and horrible defense after a routine throw. As gutsy as Ryan Fitzpatrick’s pass to Mack Hollins was while his facemask was being spindled, the Raiders left a receiver wide open.

The “Fitzmagic” storyline casts a long shadow that can hide the fact that — A) he has never, ever been a reliable starter; and B) the Dolphins’ primary objective this season is to develop Tua Tagovailoa, not lose to the Kansas City Chiefs in the playoffs.

WoodStrock does not detail the current Dolphins starting QB situation

Let’s not make too much of the similarities, however. Tua Tagovailoa is a much better prospect than Woodley was. A few mid-game benchings should not permanently obliterate his confidence. And Shula’s Dolphins proved in 1982 that a team can enjoy some success with a two-QB platoon in an unusual season (and 2020 is quite unusual).

But if Tua begins backsliding because he’s looking over the shoulder after each early-game mistake, Dan Marino won’t walk through the door to bail everyone out. Flores owes it to himself, the Dolphins, and Tua to keep his eyes on the big picture. So far in 2020, he’s taken his eyes off it twice.

Week 16 NFL Recap: What’s next for the Miami Dolphins?

Tua Tagovailoa will be the Dolphins starting QB in Week 17 with the playoffs on the line against the Buffalo Bills for “Squish the Fish” week in Orchard Park. Who gets the finish in that game is still TBD. 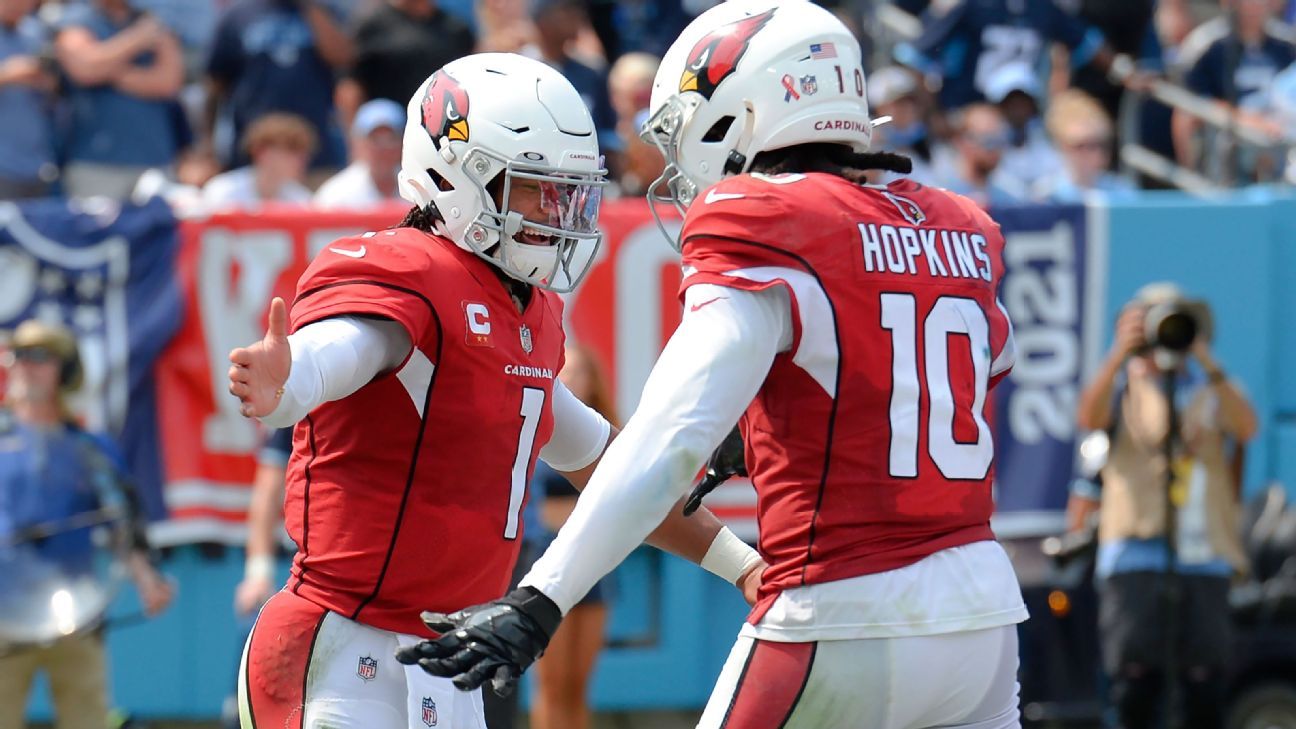 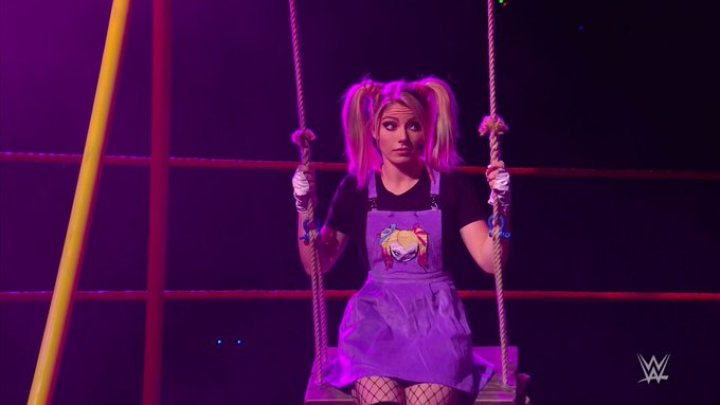