Pope Francis has revealed he plans to have the Covid-19 vaccination next week as he described people who do not want it are in ‘suicidal denial’.

Vatican City is set to shortly launch its own vaccination campaign against coronavirus and expects to receive enough doses to inoculate all 450 residents and workers.

Ultra-cold fridges have been brought into store the doses developed by Pfizer and BioNTech.

Earlier today the Pope, 84, said he will be among those given a dose.

He told TV station Canale 5: ‘I believe that ethically everyone should take the vaccine.

‘Next week we will start doing it here, in the Vatican, and I have booked myself in. It must be done.

Vatican City is said to be receiving 450 doses of the vaccine, enough for all of its residents and workers

There is a suicidal denial which I cannot explain, but today we have to get vaccinated.’

Others first in line at Vatican City, the world’s smallest independent country in the world, to be given the shot will be health and public safety personnel, the elderly and staff in frequent contact with the public.

Pope Francis had part of one lung removed when he was a young man in his native Argentina, making him potentially vulnerable to the disease.

The Pontiff’s announcement followed one from Buckingham Palace confirming the Queen and the Duke of Edinburgh have received the vaccine.

It is believed the 94-year-old monarch decided the information should be allowed to be made public but refused to say if they had taken the jab by Oxford University/AstraZeneca or Pfizer/BioNTech.

A Buckingham Palace spokesman said: ‘The Queen and the Duke of Edinburgh have today received Covid-19 vaccinations.’

How Finn Baller feels about his NXT - WWE Sports

Only about 40% of people who are eligible have gotten a COVID booster shot : NPR 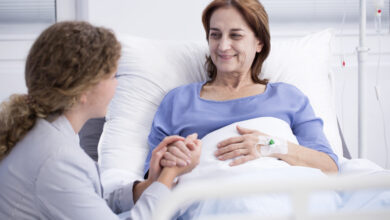 Tips on Caregiving for a Bedridden Loved One How to fight junk food cravings while working from home