MMAmania.com will deliver LIVE round-by-round, blow-by-blow coverage of the entire UFC 263 fight card below, starting with the early ESPN+ “Prelims” matches online, which are scheduled to begin at 6:15 p.m. ET, then the remaining undercard balance on ESPN/ESPN+ at 8 p.m. ET, before the PPV main card start time at 10 p.m. ET on ESPN+ PPV.

Keep in mind that we will also be the spot for the latest news, recaps, and post-fight analysis following “Adesanya vs. Vettori 2.” Without further delay, see below for the latest UFC 263 results. (Note: This will go from the bottom up; therefore, scroll toward the bottom for the latest detailed round-by-round action.)

Round 1: Sneaky spinning back fist from Calderwood off a missed kick. Murphy trying to advance behind the jab. One minute in. Murphy takes her to the fence. Calderwood with a knee and head kick on the exit two minutes in. Low kicks by Calderwood, eats a 2-3. Another counter from Murphy. Calderwood lead right. Murphy jabs the body, eats leg kicks. Two minutes to go.

Round 2: Early right hand from Calderwood. Murphy shoots, takes her to the fence. She drags her down agaisnst the fence a minute in, taking a low mount.Now the back. Two minutes in. Murphy looking to take mount, stuck in quarter guard as she tries to get an arm triangle going. Two minutes to go.

Back to half guard. One minute to go. Murphy chipping away. 10-9 Murphy.

Round 1: Trading jabs early, then a hard right hand from Evloev. Evloev countering well so far. Jab exchange. One minute in. Evolev changes levels for a single-leg, gets it, looks for the back after Dawodu tries to roll free. Dawodu gets to the fence and stands, can’t dislodge Evloev. High-amplitude takedown. He takes the back two minutes in and starts hunting the choke. Still looking. Two minutes to go.

Evloev softening him up with punches. One minute to go. More hammerfists from Evloev. Dawodu gets to his feet, dragged back down. Back up, back down. 10-8 Evloev.

Round 2: Dawodu opens with kicks, tries to counter with a right hand and gets taken down. Back up, back down, full back mount for Evloev. One minute in. Dawodu scrambles to his feet, still can’t peel Evloev off of him. Another takedown, retakes the back and continues to look for the choke. More short punches from Evloev. Two minutes to go.

Dawodu trying to turn into guard, can’t do it. One minute to go. Dawodu continuing to eat punches, briefly gets flattened out. 10-8 Evloev.

Both whiff on bigger shots. Evloev right hand inside. Leg kick exchange. Evloev tries a spinning back kick. Dawodu wobbles him with a jab coming in, then drops him with a short left hook. One minute to go. Big right hand from Dawodu. Evloev changes levels and takes him down. Dawodu makes it up, dragged back down. 10-9 Dawodu.

Round 1: Early left hand for Kianzad. Davis low kick. Davis lands some nice shots in the clinch as Kianzad takes her to the fence. They separate a minute in. Davis low kick, Kianzad jab. Body kick from Davis. Low kick again. Kianzad jabs the body. Counters a low kick with a two-piece. Two minutes in. Good left hook. Davis lands a right hand over the jab. Kianzad left hook again. Another to answer a low kick. Kianzad pops her with a jab. Oblique kick, jab. Davis lands a leg kick and eats a cross with two minutes to go.

Round 3: Davis goes right back to the leg kicks. Combo from Kianzad. Jab up stairs, counter 2-3. Davis with a knee, eats a right hand in return. One minute in. Davis ducks a left hook, lands a right hand. She changes levels, abandons it. Teep to the body, combo upstairs. Kianzad jabs. Two minutes in. Combination from Kianzad. Counter combination by Kianzad as she eats a leg kick. Jabs from Kianzad. Davis lands a body kick. Two minutes to go.

Trading jabs. Kianzad left hook and combination. Counter falls short. They trade inside, knee and uppercut by Davis inside. Kianzad looks for the body. Jab and combination from Davis answered in kind. One minute to go. Right crosses from both woman. Davis ties up, lands a couple right hands. Counter right from Kianzad, lead right from Davis. Hard left hook knocks Davis back. Low-high. Kianzad tries to counter a body kick. I think Kianzad just edged it. 10-9 Kianzad.

Round 1: McKinney walks out, floors McKinney with a 1-2, pounds him out, then injures his knee celebrating.

Round 1: Early right hand from Peterson. Hooper looks for a reactive takedown, eats some elbows before Peterson lets him up. Hooper shoots again a minute in, pulls guard. Up to the clinch, back down, now a rear waist lock as Peterson stands again. One hook in. Peterson turns to face him. Two minutes in. Hooper pulls guard again with a body lock. Peterson takes the opportunity to crack him with elbows, then disengage. Hooper tries to roll after him like a Dark Souls character. Peterson right hand. Hooper hits a double-leg with two minutes to go.

Hooper falls back for a leg. Peterson rolling with him. Hooper ties to transition to a calf slicer and eats some hard shots. Peterson wriggling his foot free, goes for his own leglock. Hooker uses it to retake top position, then goes for a leg again. 10-9 Hooper?

Round 2: Hooper tries a head kick. Good 1-2s. Head kick attempt and he shoots, denied. Jockeying for position. One minute in. Peterson pressing him against the fence. He tries an elbow, sprawls on a shot, then falls back for a guillotine. two minutes in. Nothing doing. He rolls to his knees and stands. Hooper pulls full guard. Two minutes to go.

Elbows from Peterson. One minute to go, still on top in guard. Hammerfist. Hooper looks for an armbar, can’t get it. Hooper turns to his knees and eats some nasty shots. 10-9 Peterson.

Round 3: Both men throwing heat early. Hooper shoots, denied. One minute in. Peterson pressing him against the fence. He hits a takedown into guard two minutes in. Half guard now. Chipping away while staying tight. Two minutes to go.

Peterson looks for an arm triangle. Hooper counters with an attempted back take, ends up pressed against the fence. Now he spins Peterson down and takes the back. One minute to go. Full body triangle. Peterson trying to turn back into guard, does so. 10-9 Peterson.

Round 1: Stiff jab lands for Ziam early on. Vendramini looks for the body lock, can’t get it. Low kick from Vendramini, eats another hard jab. One minute in. Ziam slowly advancing, slips out of range of return fire. Vendramini overhand right two minutes in. Ziam still working behind his jab. Good left hook. More jabs. Two minutes to go.

Man, that jab is nasty. Vendramini really struggling to deal with it. Step-back left hook from Ziam. Inside low kick. Vendramini lands a jab, eats a harder one in return. Near-miss on the head kick. 10-9 Ziam

Vendramini right back to struggling with the range. 2-3 attempt. He shoots, gets close, can’t quite complete it. One minute to go. Counter hook from Ziam. Double jab. Oblique kick. 10-9 Ziam.

Round 3: Vendramini sprints out of the gate, hurting Ziam with multiple left hooks and shoving him to the mat. Some hard punches as he follows him down into half guard. Side control a minute in, then full mount. Ziam regains half guard. Two minutes in. Hammerfist, elbow. Ziam manages to regain guard. Hard but sporadic shots from Vendramini. Two minutes to go.

Ziam makes it to his feet, blocking a head kick as he does, and they separate. Ziam going back to the jab. Vendramini tries to lunge in with a left hook. One minute to go. Ziam circling on the fence, eats a right hand. He tries a counter knee. Vendramini punches his way into the clinch. 10-9 Vendramini.

Round 1: Collier opening with kicks. 3-2 attempt. They trade leg kicks. 3-2 again, low kick. Felipe digs a 1-2 downstairs, swings an overhand. Collier looks for a spinning back fist a minute in. Body kick in combination. Good leg kicks. Felipe with a left hook downstairs two minutes in, then a swatting right in combination. 1-2 to the body again. Felipe still slowly advancing, lands a right hand and they swing near the fence. Collier combination with two minutes to go.

Another big exchange near the fence. Felipe left hook, looks for the body. One minute to go. Felipe lands a leg kick. Collier tries a head kick, heavy exchange on the fence. Collier with a good leg kick. 10-9 Collier.

Round 2: Collier with a stiff jab. Felipe left hook. Big swings early in the round. One minute in. Collier tries a spinning back kick and eats a jab for it. Felipe taunting, trading heat with him. Collier left hook, Felipe body shots. They pause to re-insert Collier’s mouthpiece. Low kick lands for him, then a series of jabs. Hard body shot by Felipe two minutes in. Collier tries a spinning back kick, another body shot comes back at him. Collier 2-1, more jabs. Felipe still pressing forward, lands a leg kick. Two minutes to go.

Round 3: Felipe back on the advance. He answers a leg kick with a body shot. More Collier leg kicks. Hard right hand from Felipe, then a jab appears to sting Collier’s eye. They’re trading bombs. Collier shoots, sprawled on a minute in. Back to the body goes Felipe. Collier loses his mouthpiece again. Big combo by Felipe. Two minutes in. Good 1-2 from Collier, eats a two-piece in return. Collier tries a spinning back fist, eats jabs. Jabs of his own with two minutes to go.

Collier tries a knee inside, eats a right hand as he lands a leg kick. Combo from Collier. Combination from Felipe, uppercut connects. They trade in the center. Felipe counter elbow with a minute to go. Collier tries a knee, eats an overhand. Good head movement by Felipe as they continue to exchange. Another Felipe body shot. Felipe 1-2. Collier tries to spin, lands a hard body shot. Fun fight. 10-9 Felipe.

To check out the latest and greatest UFC 263: “Adesanya vs. Vettori 2” news and notes be sure to hit up our comprehensive event archive right here. 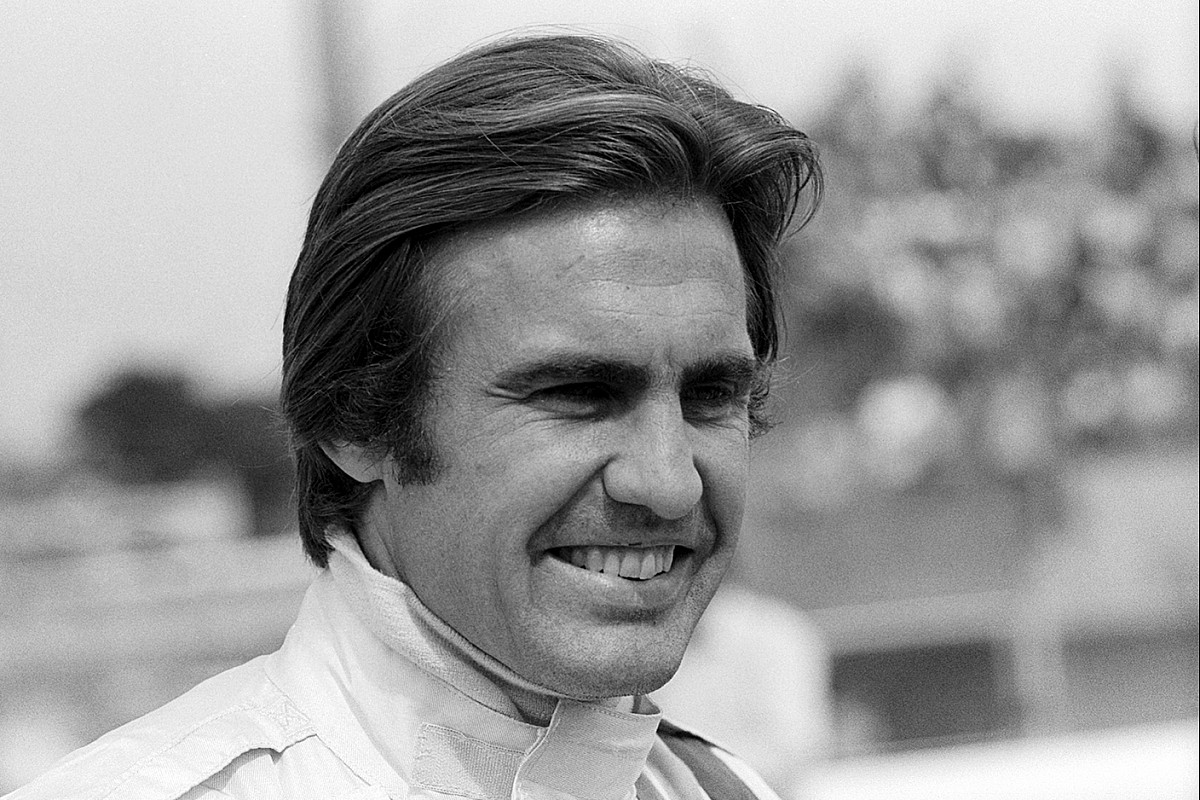 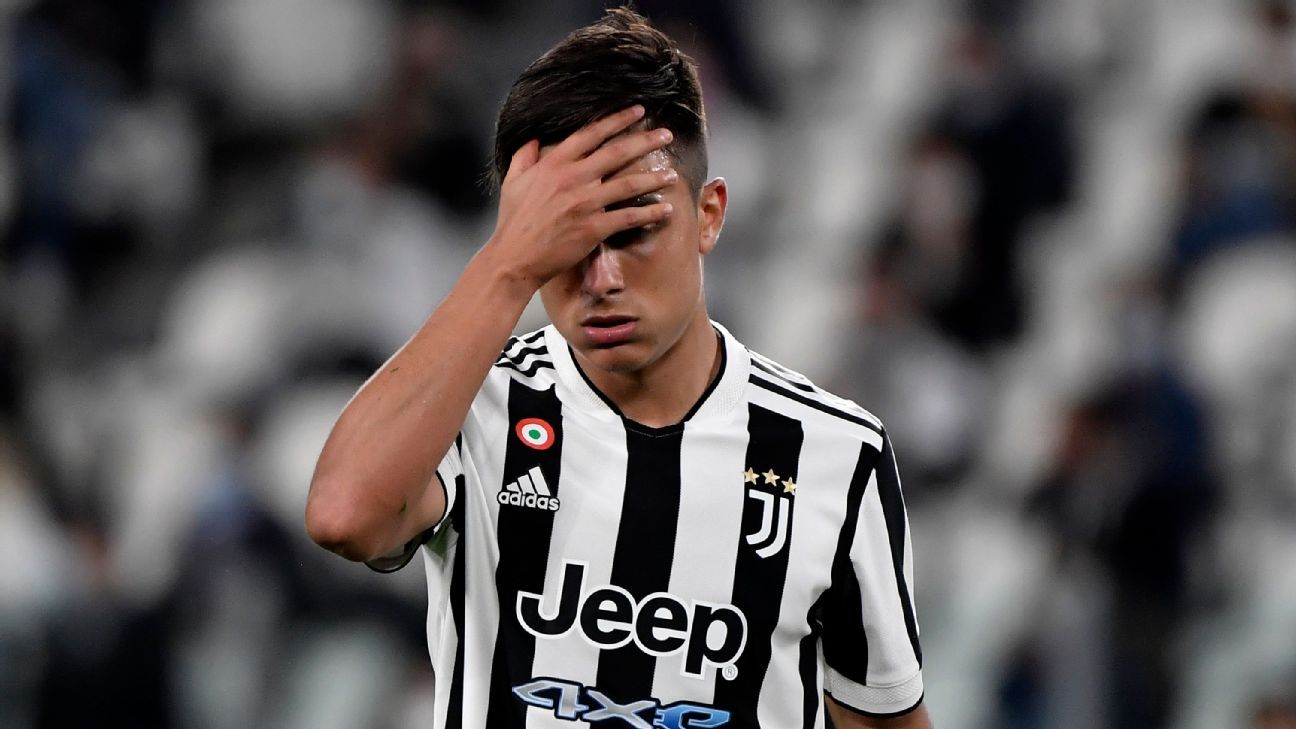