The main report scheduled for this week is the January Employment Report.

10 am: ISM Manufacturing Index In January. The consensus is that the ISM will go from 60.7 in December to 60.0.

10 am: Residential Vacancy and Ownership in Q4 2020 From the Census Bureau.

all day: Light car sales In January. The consensus is that light vehicle sales were 16.3 million SAAR in January, unchanged from 16.3 million (seasonally adjusted annual rate) in December.

This graph shows the sale of small cars since BEA began retaining data in 1967. The dashed line is the December sales rate.

8:15 am: ADP Employment Report In January. This report only covers personal salaries (not government). The consensus is about 45,000 payroll jobs added in January, from 123,000 lost in December.

10 am: ISM non-manufacturing index In January. 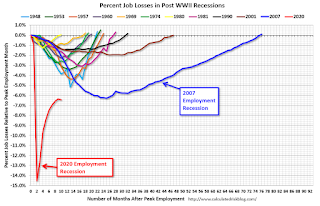 This graph shows the percentage of unemployment since the beginning of the recession. 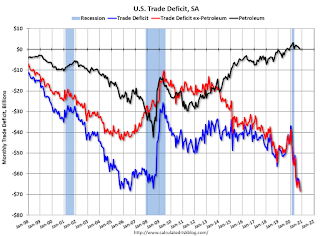 8:30 am: Trade balance report From the Census Bureau in December. As the weight of real estate and automobiles gets heavier, Chinese stock prices fall 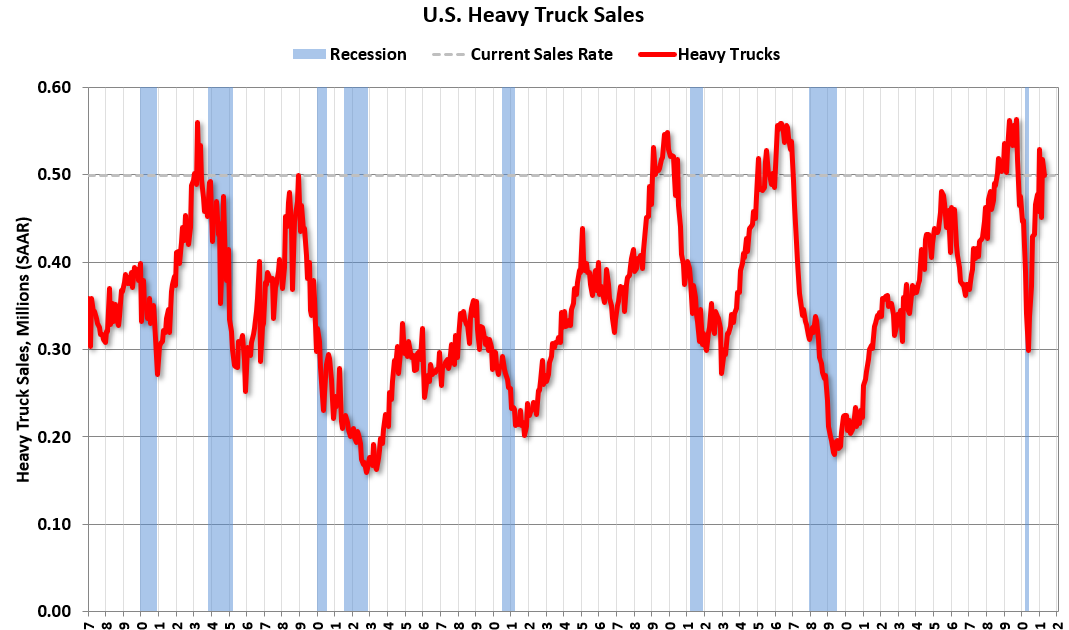