Cannabidiol (CBD) has been a huge subject of debate for a while now, not just in America but the world over. Much of the discussions stem from CBD’s great potential to treat many ailments.

There’s also that relationship with cannabis, which is also a subject of much controversy due to its status as a controlled substance.

However, the CBD industry is enormous, and so is the cannabis industry as a whole. These are two markets worth billions of dollars, and that has led to overhyped marketing gimmicks and dismissive statements from skeptics.

But what’s true and what’s not?

Well, here are five misperceptions about CBD and what’s real:

The idea that CBD is a supplement has got to be one of the most common misconceptions about this chemical.

But the fact is cannabidiol is a compound proven to treat various illnesses. That makes it a drug and can be a safety risk when many people are made to believe CBD is a supplement.

At the moment, there’s one FDA-approved prescription drug for epileptic seizures called Epidiolex. This makes it illegal to label and sell CBD as a supplement, but it’s legal to use the oil as a medication.

CBD gets slammed a lot, which is expected because it’s new, and many are skeptical about its potential. You’ll hear things like CBD is just a load of hot air and that the wellness industry is pumping it to drive sales.

The compound does get overhyped for profits, but that doesn’t mean it has no real effects, or it just doesn’t work.

The scientific community worldwide has been studying cannabidiol extensively with positive results. These studies have proven that CBD can help with pain management, anxiety disorders, epilepsy, among many other health issues.

A lot of people using CBD can also attest to its benefits. As for active individuals, the oil has proven to boost the immune system, relieve pain, and treat inflammation.

If you’re into sports or working out, CBD can boost your intensity while speeding up recovery. Veriheal has more on that.

One of the reasons CBD gets slammed is its connection with cannabis. Many people struggle with understanding the difference between the two.

It would be correct to say CBD comes from cannabis, but it wouldn’t be entirely accurate to label it as a marijuana extract because it also comes from hemp. In fact, CBD products are legal in the United States if the oil is derived from hemp.

What’s important is knowing what makes a marijuana plant different from a hemp plant, and it all comes down to two major components: CBD and THC. The legal conclusion is that if the cannabis plant has 0.3% THC or less, it’s considered hemp, but if it has more than that, it’s marijuana.

There’s this big misconception that CBD does it all, that it’s the alternative to conventional medicine, and pretty much a medical miracle.

It’s best to keep in mind that statements like that tend to come from people who stand to profit from the hype.

There’s no scientific basis behind pumping CBD as a one-stop solution. While the oil has many benefits, it hasn’t been tested and approved by responsible bodies as an alternative treatment for many of the health issues it supposedly treats.

One of the controversies facing CBD due to its cannabis origins is its narcotic status. The belief that cannabidiol is a narcotic because it’s derived from a controlled substance is unfounded.

On December 2nd, 2020, the WHO recommended the United Nations Commission on Narcotic Drugs to make it clear that CBD shouldn’t be viewed as a controlled substance.

When the 2018 Farm Bill dropped industrial hemp from its list of controlled substances, the assumption was that CBD was automatically removed from that list as well. The fact is that hemp-derived CBD was never listed as a controlled substance, to begin with.

Basically, it’s all about the source. When any non-psychoactive cannabinoid is extracted from a lawful source such as hemp, it’s not a narcotic.

No doubt you’ll come across a ton of misinformation out there regarding cannabis and its derivatives, especially CBD. However, it shouldn’t be difficult to sift out what’s true from what’s not because the substance is backed by research and not just anecdotal evidence. 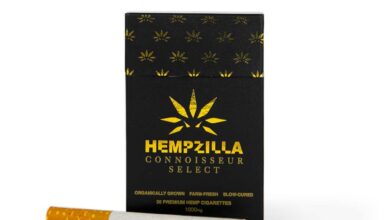 The Ultimate Guide To CBD Cigarettes Jett: The Far Shore will be expanded for free in early 2023