Insider trading is among the most notorious forms of white-collar crime. While it might seem a little sterile and harmless, it’s just as financially damaging as any more hands-on form of robbery. Let’s take a look at what it is, and why lawmakers around the world have decided to put severe restrictions on it.

What is Insider Trading?

An insider is a person within a company who has access to information that’s not in the public domain. They might also have stock equally more than 10% of a firm’s equity. This information might be used to make profitable transactions on the stock market. For example, a trader with advanced knowledge that a series of store closures are going to be announced might pre-emptively sell all of their stock, only to buy it again when the price goes down.

Behaviour of this sort isn’t inherently illegal – but inside traders must register transactions they make with the relevant authority. When the number of trades of a given stock fluctuate in the absence of any announcement from the company, then the authorities have reason to suspect insider trading.

Why is Insider Trading Illegal?

Insider trading is illegal because the trader responsible is at an unfair advantage compared to investors who don’t have access to the same information. This can create an environment where investment in general is discouraged – because who would want to take a chance on an unknown company when there might be an inside trader looking to get rich at their expense. The practice can give the impression that the market is rigged.

It’s largely for this reason that financial authorities across the world clamp down hard on trades of this kind.

Insider trading can, however, take place in the absence of any duty of this kind. It can sometimes be brought to light by the discovery of other white-collar crimes, like corporate espionage.

Is there room for regulation?

There does exist a school of thought which holds that insider trading isn’t actually all that bad, and that a better approach would be to regulate trades of this kind rather than ban them outright. There are a few arguments in favour of allowing insider trading. For one thing, trades informed by non-public information might allow risk to be conveyed to the public without disclosing that information.

If the price of a share suddenly plunges without apparent cause, you might take it as read that something has happened. Many argue that banning the practice only delays what might happen anyway. 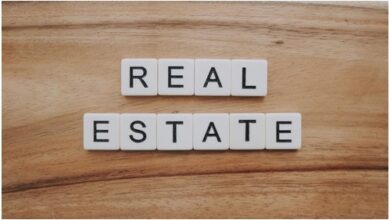 5 Steps to Consider When Investing in Real Estate